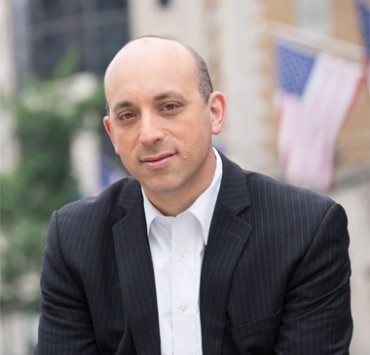 Jonathan Greenblatt is the CEO of the Anti-Defamation League (ADL) and its sixth National Director. As chief executive of ADL, Jonathan leads all aspects of one of the most respected civil rights organizations in the country. He is an accomplished entrepreneur and innovative leader with deep experience in the private, public, and non-profit sectors.

Prior to joining the ADL, Greenblatt served in the White House as Special Assistant to President Obama and Director of the Office of Social Innovation and Civic Participation. He came to that role after a long career as a serial social entrepreneur and corporate executive, starting and scaling businesses focused on creating economic value and social good. He co-founded the business that launched Ethos Water, the premium bottled water that helps children around the world access clean water. Ethos Water pioneered the idea of linking cause to consumption and was acquired by Starbucks Coffee Company in 2005. Following the acquisition, Jonathan was named vice president of global consumer products at Starbucks and joined the board of the Starbucks Foundation.

Jonathan also founded All for Good, one of the largest databases of volunteer opportunities on the Internet. It was acquired by Points of Light in 2011. Prior, Jonathan served as CEO of GOOD Worldwide, a diversified media company whose products include the award-winning GOOD Magazine and the popular website GOOD.is. Earlier in his career, he worked as an executive at REALTOR.com (now Move Networks), joining the company as a product manager and eventually heading up its consumer products unit.

Since becoming CEO in July 2015, Greenblatt has modernized the organization while refocusing it on the integrated mission it has had since its founding in 1913: to fight the defamation of the Jewish people, and to secure justice and fair treatment for all.

As just one part of Jonathan’s effort to modernize ADL, he has made identifying and countering the growing threat of cyber hate a priority for the organization. This includes working with all major social media companies and many other digital platforms, and building the most advanced cyber hate monitoring center in the world. In 2017, Recode named Jonathan to “The Recode 100,” a list of the top 100 people in tech, business, and media, for his work trying to shut down extremists online.

Jonathan joins the HBS Club of NY in an exclusive conversation to discuss a wide range of topics including his transitions from the business world to the White House and then to the non-profit sector, the challenges of transforming a century-old organization, and how innovation is key to addressing hate and bias in today’s society.

Please note that no refunds will be given. 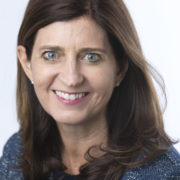 Rebecca Blumenstein has been deputy managing editor of The New York Times since February 2017, where she focuses on making sure The Times remains an essential destination for readers interested in business, finance, economics and technology. Previously, she was deputy editor in chief of The Wall Street Journal.

Before that, she was the Page One Editor, appointed in September 2011, and a deputy managing editor and international editor since December 2009. Ms. Blumenstein has also served as managing editor of The Wall Street Journal Online and as the China bureau chief, overseeing China coverage for the Journal.

Prior to moving to China in the summer of 2005, Ms. Blumenstein served as chief of the Journal’s New York Technology Group, which covered the historic mergers and changes in technology that recast the telecommunications industry. Before that, she was the group’s deputy chief and a reporter covering AT&T Corp. and WorldCom Inc.

Ms. Blumenstein joined the Journal in 1995 as a reporter in the Detroit bureau, where she covered General Motors. She began her journalism career at the Tampa Tribune, and then later moved to Gannett Newspapers and Newsday, where she covered breaking news and the New York State legislature.

She received a 1993 New York Newswomen’s Award for best deadline writing for her coverage of the aftermath of the Long Island Railroad shootings. In 2003, she was part of a team that won the Gerald Loeb Award for deadline writing for coverage of WorldCom. She oversaw the China team that won the Pulitzer Prize for International Reporting in 2007. She was named to the Aspen Institute’s Henry Crown Fellowship for 2009.

Ms. Blumenstein co-founded and moderated the Journal’s Women in the Economy Task Force, a select group of business executives and experts who convened a data-driven examination of the competitiveness of women in the workforce.

Ms. Blumenstein holds a bachelor’s degree in economics and social science from the University of Michigan, where she was editor in chief of the Michigan Daily. A native of Essexville, Michigan, Ms. Blumenstein lives in Maplewood, NJ and has three children. Her husband, Alan Paul, is a magazine writer and author of