HBSCNY Senior Event: GETTING OUT-STAYING OUT: How an Innovative Program in Harlem Keeps Young Men from Returning To Prison

HBSCNY Senior Event: GETTING OUT-STAYING OUT: How an Innovative Program in Harlem Keeps Young Men from Returning To Prison 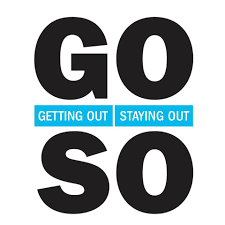 The United States has the highest prison population in the world and the highest percentage compared to its population. We have 2.3 million people in prison, 737 of every 100,000 people. This incarceration rate is almost 7x the rate of Canada and 9x the rate of the U.K.

We spend $182 billion a year on incarcerating prisoners, and this amount does not include the cost to society of crimes that are committed.

Reducing recidivism should save billions of dollars and reduce crime, but our political leaders have not focused on how to help former prisoners successfully reenter society.

There is nothing more difficult than reentering society after getting out of prison. Most of these people have little education or employment training. Many have no place to live. Many were gang members for whom returning to their old community is extremely dangerous. Many have lost contact with friends on the outside and have no idea how to successfully reenter society and not return to jail.

GETTING OUT-STAYING OUT (GOSO) is an innovative organization in Harlem that works with young male offenders, mostly from Riker’s. GOSO has been extremely successful, because it provides extensive emotional, educational, and employment support to these men. GOSO provides these men with a “safe space” and with the support and training needed to successfully renter society.

With its program, GOSO’s “guys” have a recidivism rate of 15%, compared to the national average of 77%.

In order to fully appreciate the challenges of reentering society, we have invited a few former prisoners who now work with GOSO as well as one of GOSO’s social workers to share their work with us. In this presentation, the former prisoners will tell their stories. Where they come from. How they got arrested. How they are approaching reentry, and their constant struggles to turn the corner and become successful citizens. In addition, people from the staff of GOSO will describe how GOSO provides support to these people.

You will have the opportunity in real time to talk with these former prisoners about their lives so that you can better understand the challenges society faces in reducing recidivism and the prison population.

Note: Entrances to 5 Bryant Park are on 40th and 41st Streets, between 6th and Broadway – NOT on 6th Ave.