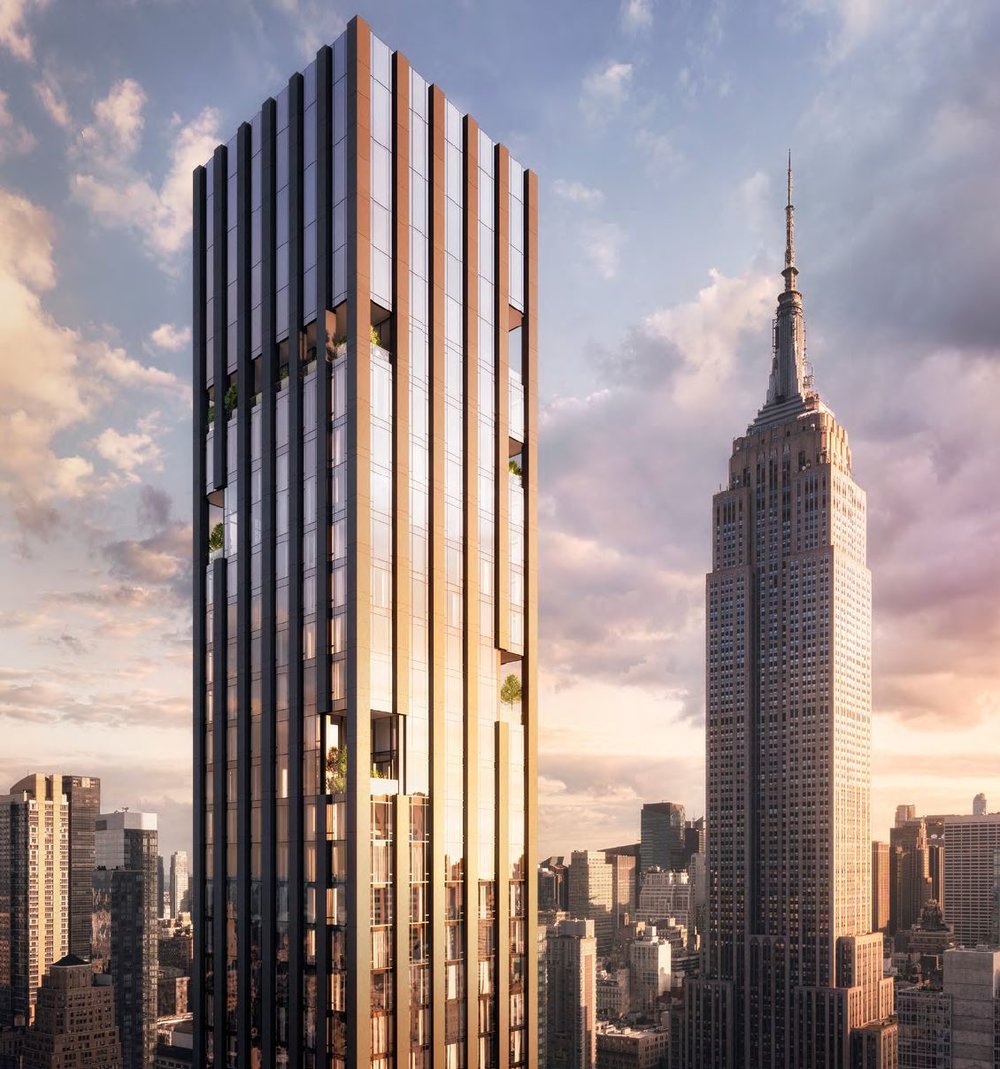 Join the Harvard Alumni Architectural and Urban Society on Thursday, January 31st, 2019 at 6:00 pm for a panel discussion and tour of 277 Fifth Avenue hosted by Lendlease.

Project Director & Vice President of Residential Development for Lendlease. He has worked with the company since 2016 and oversees all aspects of development for the company’s signature condominium development 277 Fifth Avenue. Over his career he has successfully led the sellout of over $500 Million in luxury condominiums and the leasing of over 5,000 residential units.

He earned his Bachelor of Architecture from Cornell University and his Master of Science in Real Estate Finance and Investment from New York University. He is a member of the Real Estate Board of New York and serves on the Rent Guidelines Board which is appointed by the Mayor of New York City. For the past decade he has lived in Hunters Point and is active within the Long Island City community. 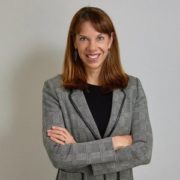 Melissa Roman Burch is Executive General Manager for the Lendlease Americas Development business. She is responsible for leading and growing Lendlease’s development platform in the New York market, sourcing large-scale development opportunities, and supporting the Company’s urban regeneration efforts nationally. Since joining the firm in 2015, Melissa oversees the acquisition, development, design, financing, construction, sales and marketing of multiple projects including 277 Fifth Avenue. Rising 55-stories and 660 feet tall, 277 Fifth Avenue is the tallest residential tower on Fifth Avenue and designed by renowned architect Rafael Viñoly. The $550 million project commenced construction in 2016 and will open for residential occupancy by year-end 2018.

Prior to Lendlease, Melissa worked for 12 years at Forest City Ratner Companies where she served as Executive Vice President with overall responsibility for commercial and residential development in New York City. In this role, she oversaw the development of the Pacific Park/Atlantic Yards project, a public/private partnership development extending 22 acres and comprised of the Barclays Center and 8M square feet of new housing, office, retail space, and eight acres of public open space. She helped pioneer the use of modular housing for high-rise urban development, and also had responsibility for the on-going leasing of Forest City Ratner’s 6 million square foot office and residential rental operating portfolios.

Melissa received her A.B. in Government from Harvard College and her Master of Business Administration from the Harvard Business School. She serves as a Trustee of the Henry Street Settlement, Citizen’s Budget Commission, and Vice-Chair of the Coro New York Leadership Center. She is an active member of the Real Estate Board of New York, Urban Land Institute, and W/X New York Women Executives in Real Estate. Melissa has received numerous recognitions and awards including Crain’s 40 Under 40 Rising Stars, City & State’s Women of Public & Civic Mind, and Bisnow’s New York Power Women. 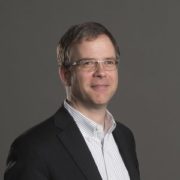 With over 30 years of experience, Jim Herr has designed, managed, and completed commercial, cultural, education, and residential projects. His expertise lies in coordinating design and construction through all phases for multiple project types and in navigating complex zoning and planning requirements as well as multi-agency approvals in urban contexts within the United States and abroad. He is currently Project Director for two residential towers in New York, New York, USA: 281 Fifth Avenue, a luxury tower in Midtown Manhattan that boasts panoramic views of the city skyline, and 125 Greenwich Street in Lower Manhattan’s Financial District.

Mr. Herr recently served as Project Director on several other residential developments, including 432 Park Avenue, a high-rise luxury residential and mixed-use tower—the tallest residential building in New York City. He also directed and was involved in all aspects of the design process for 22 Thames, which required a series of zoning adjustments to create a landmark residential project just two blocks south of the World Trade Center site in New York.

Previously, he served as Project Director during the design stages of the Brooklyn College, West Quad building and the multi-phase The Cleveland Museum of Art expansion and renovation, coordinating all aspects of design with the consultant teams and the client. Early in his tenure at Viñoly, Mr. Herr assisted in the design and construction of the Tokyo International Forum for the Tokyo Metropolitan Government. As Project Administrator, his tasks included coordinating all document submission packages, managing communications between the New York and Tokyo offices, and organizing and scheduling 110 project staff during the 12-month construction document phase. 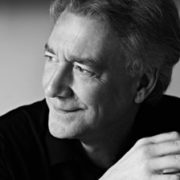 Over the last twenty-five years, Jeffrey Beers’ work has set a new standard for the field of hospitality design. Through thoughtful planning, design innovation, and an incomparable synthesis of architecture and craft, he has created gathering spaces that transcend trends.
The seeds for this deep appreciation of art and craftsmanship, the thread that links his diverse body of work, were first planted during Jeffrey’s childhood. His parents, both globetrotting travel professionals, often brought Jeffrey along on their international trips, giving him not just a well-stamped passport at a young age but also a life-long curiosity about the art and customs of other cultures. Jeffrey had a more immersive fine arts experience while an architecture student at the Rhode Island School of Design, where he studied with renowned glass artist Dale Chihuly. “I realized that blown glass is like a mini-building—form, surface, texture, finish, and color are all married together in one discipline,” says Jeffrey, whose passion for detail continues to define his projects of every scale.

Jeffrey’s interest in the relationship of architecture and glass led to an IIE/Fulbright scholarship in Brazil. While there, he worked with the celebrated Brazilian architect Oscar Niemeyer, whom Jeffrey credits with opening his eyes to the world of color and form. Upon returning to the US, Jeffrey had the honor of joining the New York office of preeminent architect I.M Pei, helping to develop the design for the acclaimed Raffles City complex in Singapore and becoming fascinated by the dynamics of hotels and social spaces where people come to dine, celebrate, or be entertained. In 1986, he founded his own firm, Jeffrey Beers International (JBI).

Since then, the award-winning firm has been consistently recognized for its outstanding hospitality design as well as Jeffrey’s ability to unite artistry with business strategy to create highly successful spaces, from hotels, restaurants, and nightclubs to retail outlets, residences, and offices. JBI is the recipient of three Gold Key Awards for design excellence, Contract magazine’s Interior Design Award, Interior Design’s “Best of Year” Design Award, and in 2000 Jeffrey was inducted into Hospitality Design’s Platinum Circle. 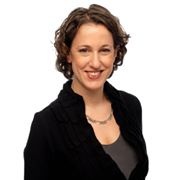 Elisa Orlanski Ours serves as the Vice President of Planning & Design for Corcoran Sunshine Marketing Group. The Planning & Design Department directs the architectural marketing and design process throughout all phases of residential, hotel and amenity space planning in order to maximize potential value. Elisa’s primary role is to guide design efforts that shape all aspects of a property’s pre-development and post-development process, beginning with site feasibility and progressing through the creation of a sales center and terminating with the last residential closing of a building. She founded the Planning & Design Department in 2006 and oversees a team of formally trained designers.