REGISTRATION CLOSED – HBS Club of Italy – Zegna on Wall Street: The First Luxury Group to IPO Through a SPAC (virtual)

REGISTRATION CLOSED – HBS Club of Italy – Zegna on Wall Street: The First Luxury Group to IPO Through a SPAC (virtual)

Join the HBS Club of Italy for a Conversation with Gildo Zegna, Chairman and CEO Zegna Group and Sergio Ermotti, Chairman of the Board of Directors of Investindustrial Acquisition Corp. moderated by Luca Solca, Bernstein Senior Research Analyst, Global Luxury Goods

About the Ermenegildo Zegna Group:
The road ahead that the Ermenegildo Zegna Group keeps following originated in 1910, unwinding through eradefining milestones whilst pointing firmly towards what’s next. Such landmarks include the creation of a wool mill that turned into a luxury menswear brand which ignited a Group with an unrivalled textile manufacturing platform; a legacy of environmental protection and sustainability called Oasi Zegna. Founded in Trivero, Italy by Ermenegildo Zegna, the Zegna Group designs, creates, and distributes luxury menswear and accessories under the Zegna brand, as well as womenswear, menswear, and accessories under the Thom Browne brand. Through its Luxury Textile Laboratory Platform – which works to preserve the Made in Italy artisanal mills producing the finest Italian fabrics – the Zegna Group manufactures and distributes the highest quality fabrics and textiles. Over the decades, Zegna Group has charted Our Road: a unique path that winds itself through era-defining milestones that have seen the Group grow from a producer of superior wool fabric to a global luxury group. Our Road has led us to New York, where the Group has been listed on the New York Stock Exchange since December 20, 2021, through the merger with a special purpose acquisition company sponsored by Investindustrial. Managed by Gildo Zegna as Chairman and CEO, today the Zegna Group is creating a lifestyle that marches to the rhythm of modern times while continuing to nurture bonds with the natural world and with our communities that create a better present and future. Woven into everything we do for over 110 years by echoing the essential truth of our founder, Zegna Group weaves the fabric of a tomorrow that feels worthy of our dreams.

Participants must register by Noon on April 20th to receive details on joining the discussion. The Zoom link will be sent out 24 hours before the event. 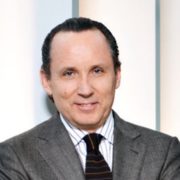 GILDO ZEGNA has been CEO of the Ermenegildo Zegna Group since 1997. Since the Group’s public listing on the New York Stock Exchange on December 20, 2021, he holds the positions of Chairman and CEO of the Ermenegildo Zegna NV. Mr. Zegna is also the Chairman of American luxury brand Thom Browne, and since 2016 he has been a Member on the Board of Tom Ford International. He became President of Filati Biagioli Modesto S.p.A in 2021. Early in his career, after graduating in Economics at the University of London and attending first year MBA at Harvard Business School, Mr. Zegna gained retail experience at Bloomingdale’s in New York, and from 1982 to 1985, he held senior executive positions within the Zegna Group in the United States. From 2014 to 2020 he has been a Member of the Board of Directors of FCA. Mr. Zegna has been a Member of the Strategic Committee and Advisor of the Camera Nazionale della Moda Italiana and a Member of the Council for the United States and Italy since 2013. In 2011, he was nominated Cavaliere del Lavoro by the President of the Italian Republic Giorgio Napolitano and, in 2016, the President of Italian Republic, Sergio Mattarella, awarded him the Premio Leonardo, a prestigious award given to an Italian leader who has meaningfully promoted the image of Italy worldwide. Gildo Zegna was born in Turin on September 30, 1955. 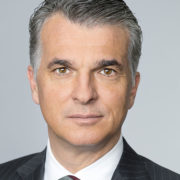 Chairman of the Board of Directors of Investindustrial Acquisition Corp.

SERGIO ERMOTTI, member of the Board of Directors of the listed company Ermenegildo Zegna N.V., is currently Chairman of the board of directors of IIAC, a position he has held since January 2021. He was elected to the board of directors of Swiss Re Ltd. in April 2020 and has been Chairman of the board of directors since April 2021. He was the Chief Executive Officer of UBS Group from 2011 to October 31, 2020 and remained an employee of UBS Group until December 31, 2020. Prior to joining UBS, Mr. Ermotti was Deputy Chief Executive of UniCredit from 2007 to 2010, and Head of Markets & Investment Banking from 2005 to 2007. Prior to joining UniCredit, Mr. Ermotti held various positions at Merrill Lynch between 1987 and 2003, including Co-head of Global Equity Markets, Head of Equity Markets EMEA, Head of Global Equity Linked Products, Head of Global Equity Derivatives and Head of the European equity derivatives unit. Born in Lugano (Switzerland) in 1960, Mr. Ermotti is a Swiss-certified banking expert and a graduate of the Advanced Management Program at Oxford University.