VIRTUAL – HBS Alumni Book Club: The Coddling of the American Mind – How Good Intentions and Bad Ideas Are Setting Up a Generation for Failure by Greg Lukianoff and Jonathan Haidt

VIRTUAL – HBS Alumni Book Club: The Coddling of the American Mind – How Good Intentions and Bad Ideas Are Setting Up a Generation for Failure by Greg Lukianoff and Jonathan Haidt 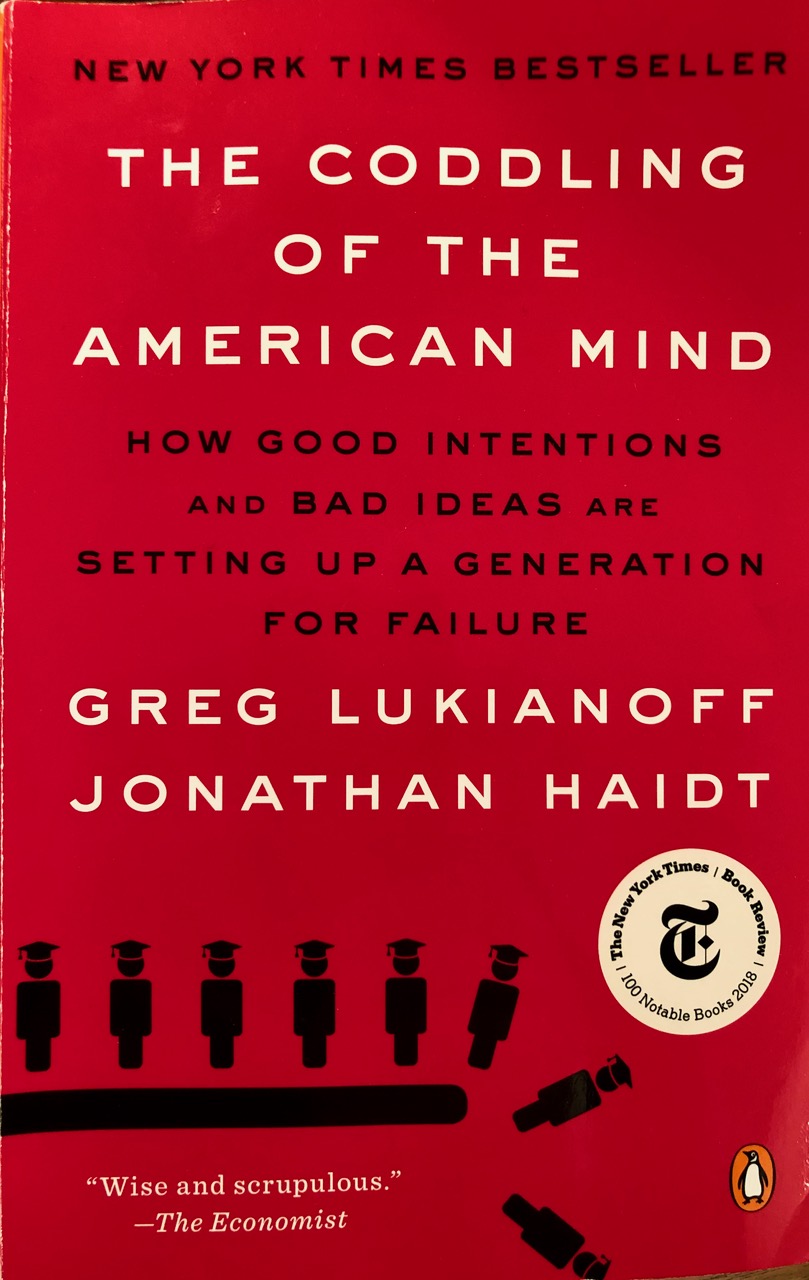 Something strange has been happening on university campuses over the last few years. Students have been claiming that the expression of certain ideas trigger harmful emotional reactions that may endanger their psychological health. They have demanded that speakers expressing these ideas be kept off campus. When the administration has refused, protests were organized to prevent speakers from delivering their speech. These protests sometimes turned violent and resulted in physical harm inflicted on the invited speakers and the faculty members who were escorting them off campus.

This trend has also affected curriculum content. Students have claimed that the reading and discussion of some texts are so emotionally challenging that professors should issue “trigger warnings” and provide support for affected students. They have gone so far as asking for “triggering” material to be removed from courses. Even some apparently trivial acts and words are considered by some students so offensive and potentially harmful that they should be prohibited. Administrations responded in many cases by publishing speech codes and creating “safe zones” where students will not be subjected to the “microaggressions” of small actions or word choices that are judged offensive.

This culture of “safetyism”, which leads to protecting children and young adults from any threat, as trivial as it may be, to their emotional stability by even protecting them from people who disagree with them, is at the expense of free speech and free inquiry in places that should be dedicated to their pursuit. And there are clear signs that this culture has left the precincts of university campuses and spread to the world at large.

In this book, Jonathan Haidt, a social phychologist, author and professor of ethical leadership at NYU’s Stern School of Business, and Greg Lukianoff, a First Amendment lawyer and head of the Foundation for Individual Rights in Education (FIRE), tell the story of how and why this trend developed so rapidly, show how harmful it is for the education of children and young adults and suggest actions that professors, administrators and students could take to correct it. The authors explore not only the changing culture on college campuses but also the rising political polarization as they survey “our unsettling time, when many institutions are malfunctioning, and trust is declining”. However, they end their story on a hopeful note, believing that the problems they identified are fixable if we manage to free ourselves from the psychological untruths that created them.

You are invited to join us to discuss this book at the next meeting of the Seniors’ Book Club on March 26th from 12:30PM to 2:30 PM.