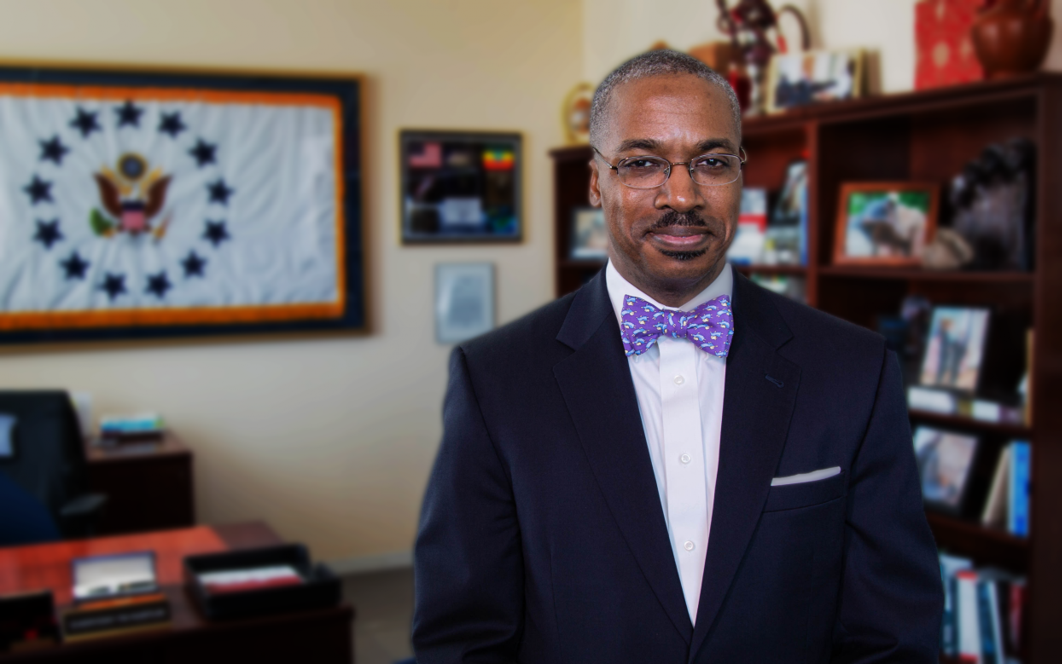 Dr. Reuben Brigety II is that rare combination of university president, mayor, foreign policy analyst and warrior for change. He believes that America’s foreign policy begins at home and that the world is watching to see how and whether we live the values attract allies.

Topics will range from recruiting more people of color into the US diplomatic corps — to combatting China’s effective use of soft power globally — to undoing the Trump policies in Iran, Afghanistan and Israel — to facing the rise of hate groups and domestic terrorism within the US.

Participants must register by December 16th to receive details on joining the discussion. 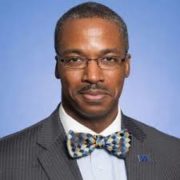 Reuben E. Brigety II is the vice chancellor and president of the University of the South. He is also adjunct senior fellow for African peace and security issues at the Council on Foreign Relations (CFR). From 2015 to 2020, he was dean of the George Washington University’s Elliott School of International Affairs. From 2013 to 2015, Brigety served as the appointed representative of the United States to the African Union and permanent representative of the United States to the UN Economic Commission of Africa. Prior to these appointments, Brigety served as deputy assistant secretary of state in the Bureau of African Affairs from November 2011 to September 2013 with responsibility for southern African and regional security affairs.

Prior to his work in the policy arena, Brigety served as an assistant professor of government and politics at George Mason University and at American University’s School of International Service between August 2003 and April 2009. Brigety is a 1995 distinguished midshipman graduate of the U.S. Naval Academy, where he earned a BS in political science (with merit), served as the brigade commander, and received the Thomas G. Pownall scholarship. He holds an MPhil and a PhD in international relations from the University of Cambridge. Brigety is a member of the International Institute for Strategic Studies and the Council on Foreign Relations, and is a recipient of CFR’s International Affairs Fellowship. 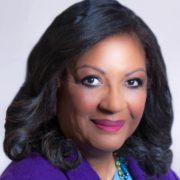 In the fall of 2020, she and co-author, Bonita C. Stewart, published “A Blessing: Women of Color Teaming Up to Lead, Empower and Thrive.” The book has been hailed as “a fresh, bold analysis of Black female leadership that serves as a playbook for successful and sustained corporate diversity, equity and inclusion.” For more information, visit www.leadempowerthrive.com.

Ms. Adams spent five years as a White House correspondent during the Ronald Reagan and George H. W. Bush administrations. In the 1990s, she was a prolific contributor to the CBS Evening News with Dan Rather and CBS News Sunday Morning. She won an Emmy Award for the 48 Hours broadcast, “The Search for Matthew.”