Join the HBS Women’s Association of New York for a rare look into the artistic world and business challenges of grand opera at the world’s leading opera house – The Metropolitan Opera. Met Managing Director and Chairman of its Finance Committee, Elizabeth “Betty” Eveillard (HBS Class of 1972), will interview the company’s legendary General Manager, Peter Gelb. Their conversation will range from visionary artistic planning to landmark global media initiatives to Covid to defending Ukraine.

Participants must register by Noon on May 31st to receive details on joining the discussion. The Zoom link will be sent out 24 hours before the event. 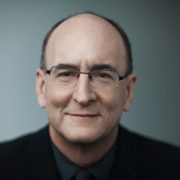 Met General Manager Peter Gelb has been at the forefront of the artistic world throughout the tumult of the past two years—bringing the country’s largest performing arts organization back from the brink after the pandemic closure, leading the way in commissioning and presenting groundbreaking new works, and rallying artistic forces in defense of Ukraine. Now in his 16th season at the Met’s helm, he has launched a number of initiatives to revitalize opera and connect it to a wider audience. Under his leadership, the Met has recruited many of the world’s greatest theater, film, and opera directors, increased the number of new productions, and launched The Met: Live in HD, the award-winning series of live performance transmissions to movie theaters, which is seen in more than 70 countries. 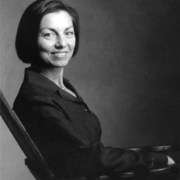 Elizabeth (Betty) Eveillard was elected a Managing Director of the Metropolitan Opera in 2015. She grew up in the Boston area and received a bachelor’s degree from Smith College and an MBA from Harvard University. During her 31-year career in investment banking, she rose to the level of Managing Director at Lehman Brothers; PaineWebber Inc.; and Bear, Stearns & Company. Since retiring in 2003, Mrs. Eveillard has served as the Board Chair of both the Glimmerglass Festival and of Smith College. She is the Board Chair of the Frick Collection and serves on the Board of Lincoln Center for the Performing Arts. In 2020, Mrs. Eveillard received the Legion of Honor from the French government, and in 2012, she received the National Trustee Recognition Award from Opera America.