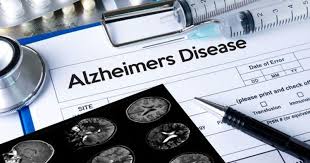 Researchers have spent decades trying to understand the cause of the crippling disease but so far there hasn’t been a cure for Alzheimer’s. Recently, researchers at Cornell University began to focus on the reduction of blood flow to the brain as one possible reason for reduced cognitive function. The decade-long study’s findings was featured in Nature Neuroscience.

“What we’ve done is identify the cellular mechanism that causes reduced brain blood flow in Alzheimer’s disease models, which is neutrophils [white blood cells] sticking in capillaries,” Chris Schaffer, biomedical engineering professor at Cornell, said. “We’ve shown that when we block the cellular mechanism [that causes the stalls], we get an improved blood flow, and associated with that improved blood flow is immediate restoration of cognitive performance of spatial- and working-memory tasks.”

With the cellular mechanism known, Dr. Schaffer and his team will focus on 20 identified drugs or therapies that could potentially treat the disease.

So far, we have used cautionary words like “potential” and “could” in the description but there has been a lot of groundbreaking work happening all over the globe. One of the premier scientists in this fight is Dr. Shane Liddelow of the Liddelow Lab in the Neuroscience Institute at New York University.

Dr. Liddelow will share his findings and the reasons for cautious-optimism of a breakthrough.

Join us for this stimulating presentation as Dr. Liddelow also shares prevention strategies and answers questions from the audience. This program is being presented in partnership with the Cure Alzheimer’s Fund (www.curealz.org). 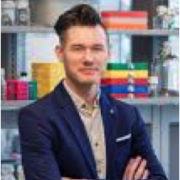 Shane Liddelow gained his Bachelors of Science (Hons) and Biomedical Science from the University of Melbourne, Australia, majoring in Neuroscience and Anatomy & Cell Biology. He received his PhD with Katarzyna Dziegielewska and Norman Saunders in Pharmacology also from the University of Melbourne. His graduate work focused on the protective barriers of the brain during early development, specifically investigating ways to augment this system for delivery of drugs to the central nervous system.

As a postdoctoral fellow in the lab of Ben Barres at Stanford University his research focused on astrocytes, the major glial subtype in the brain. He discovered a close association between astrocytes, microglia (the resident immune cells of the brain), and abnormal neuron function. His most recent research showed that one form of reactive astrocyte is induced by factors released by microglia. These reactive astrocytes release a toxic factor that kills specific subtypes of neurons and are present in brains of patients with Alzheimer’s, Parkinson’s, Huntington’s disease, and Amyotrophic Lateral Sclerosis (Lou Gehrig’s disease), as well as in Multiple Sclerosis.

Shane was a recipient of the NHMRC (Australia) CJ Martin Training Award (2012-2016), the Glenn Foundation award for Aging in 2016, and was named a STATNews Wunderkind in 2017.