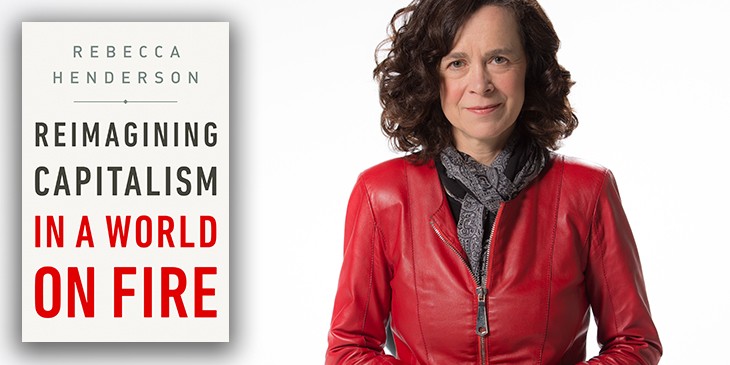 Populism of all strands are on the rise globally including in the United States where Donald Trump exploited the perils of free trade and immigration (among other things) to get elected president. Bernie Sanders, on the left, also is a populist arguing against some of these same elements.

Free market capitalism is one of humanity’s greatest inventions and the greatest source of prosperity the world has ever seen. But this success has been costly. Capitalism is on the verge of destroying the planet and destabilizing society as wealth rushes to the top.

Rebecca Henderson’s rigorous research in economics, psychology, and organizational behavior, as well as her many years of work with companies around the world, gives us a path to reimagine capitalism. She debunks the worldview that the only purpose of business is to make money and maximize shareholder value. She shows that we have failed to reimagine capitalism so that it is not only an engine of prosperity but also a system that is in harmony with environmental realities, striving for social justice and the demands of truly democratic institutions.

Henderson is the author of “Reimagining Capitalism in a World on Fire” (Public Affairs, April 2020), a timely book that sheds light on the kitchen table issues affecting millions of people.

Join us for a talk by Prof. Henderson as she launches her book tour in this can’t-miss event. Books will be available for sale. 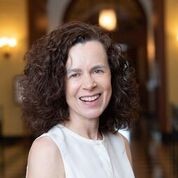 Rebecca Henderson is the McArthur University Professor at Harvard University (the highest honor that can be awarded to a faculty member), where she teaches the acclaimed course “Reimagining Capitalism.” Henderson spent the first 21 years of her career at MIT’s Sloan School where she was “teacher of the year” and where her research focused on the economics of innovation and on the question of how large organizations can reinvent themselves.

Inducted in to the American Academy of Arts and Science in 2018, Henderson is also a Research Fellow at the National Bureau of Economic Research and the recipient of a number of academic prizes, including most recently the Viipuri Prize for strategy research and a recent election to the British Academy.

Henderson’s academic career is complemented by a deep engagement with the practice of management. She has been on the boards of Amgen and Idexx. She has also consulted with a wide variety of companies including IBM, Motorola, Cisco, Nokia, Eli Lilly, BP, ENI, Unilever, and P&G, and is routinely invited to speak to executives around the world.