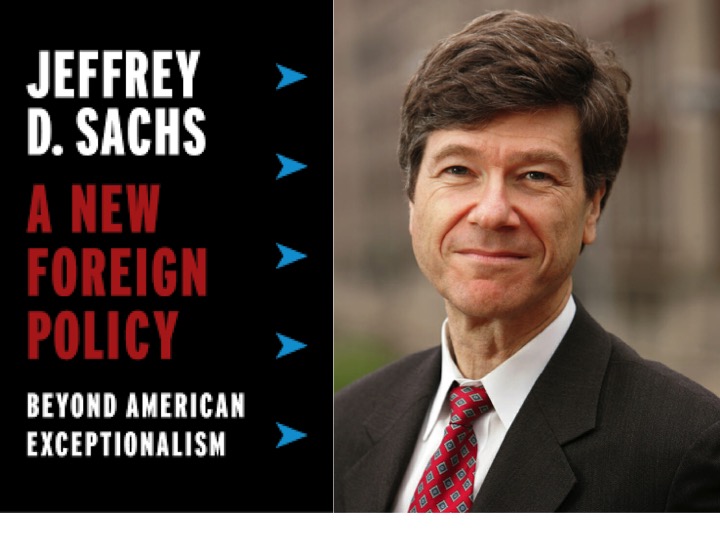 Over several decades, Jeff Sachs has established himself among the most preeminent scholars of global economics. Sachs also shares his thoughts in such publications as Foreign Affairs, the New York Times and on television’s Morning Joe. As with any public figure, he is not without his detractors. He courted controversy in December over a piece he wrote about the Chinese conglomerate, Huawei.

In his latest book, A New Foreign Policy (Columbia University Press, Oct. 2018), Sachs offers a roadmap for a new foreign policy that embraces global cooperation, international law, and aspirations for worldwide prosperity. He argues that America’s approach to the world must shift from military might and wars of choice to a commitment to shared objectives of sustainable development.

The American pursuit of primacy has embroiled us in unwise and unwinnable wars, and it is time to shift from making war to making peace and time to embrace the opportunities that international cooperation offers, he argues. A New Foreign Policy explores both the danger of the “America First” mindset and the possibilities for a new way forward, proposing timely and achievable plans to foster global economic growth, reconfigure the United Nations for the 21st century, and build a multipolar world that is prosperous, peaceful, fair, and resilient.

Dr. Sachs will join the Club for a wide ranging conversation. This program will also include a book signing. 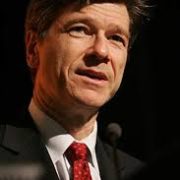 Jeffrey D. Sachs is a world-renowned economics professor, bestselling author, innovative educator, and global leader in sustainable development. He is widely recognized for bold and effective strategies to address complex challenges including debt crises, hyperinflations, the transition from central planning to market economies, the control of AIDS, malaria, and other diseases, the escape from extreme poverty, and the battle against human-induced climate change. He is Director of the UN Sustainable Development Solutions Network, a commissioner of the UN Broadband Commission for Development, and an SDG Advocate for UN Secretary General Antonio Guterres. From 2001-18, Sachs served as Special Advisor to the UN Secretary General, for Kofi Annan (2001-7), Ban Ki-moon (2008-16), and Antonio Guterres (2017-18).

Professor Sachs was the co-recipient of the 2015 Blue Planet Prize, the leading global prize for environmental leadership. He was twice named among Time magazine’s 100 most influential world leaders and has received 28 honorary degrees. The New York Times called Sachs “probably the most important economist in the world,” and Time magazine called Sachs “the world’s best-known economist.” A survey by The Economist ranked Sachs as among the three most influential living economists.

Prior to joining Columbia, Sachs spent over 20 years as a professor at Harvard University, most recently as the Galen L. Stone Professor of International Trade. A native of Detroit, Michigan, Sachs received his B.A., M.A., and Ph.D. degrees at Harvard.