Like it or not, we live in a global era, in which what happens thousands of miles away has the ability to affect our lives. This time, it is a Coronavirus known as Covid-19, which originated in a Chinese city many had never heard of but has spread to the corners of the earth. Next time it could well be another infectious disease from somewhere else.

Twenty years ago it was a group of terrorists trained in Afghanistan and armed with box-cutters who commandeered four airplanes and flew them into buildings (and in one case a field) and claimed nearly three thousand lives. Next time it could be terrorists who use a truck bomb or gain access to a weapon of mass destruction. In 2016 hackers in a nondescript office building in Russia traveled virtually in cyberspace to manipulate America’s elections. Now they have burrowed into our political life. In recent years, severe hurricanes and large fires linked to climate change have ravaged parts of the earth; in the future we can anticipate even more serious natural disasters. In 2008, it was a global financial crisis caused by mortgage-backed securities in America, but one day it could well be a financial contagion originating in Europe, Asia, or Africa.

This is the new normal of the 21st century.

Richard Haass is one of the topmost scholars about global affairs in America. He captures the background and building blocks people need to make sense of this complicated and interconnected world in his new book The World (Penguin Press, May 2020).

“This terrific work delivers completely on its promise to provide readers with a basic understanding of the world. It is hard to imagine anyone more suited for this ambitious task than Richard Haass. His narrative flair, depth of experience, and wide-ranging knowledge sparkle on every page,” notes historian Doris Kearns Goodwin.

Haass will join the Club for a wide ranging conversation about global affairs including China, the future of globalization and the economy. Join us for this insightful program.

Please purchase a copy of the book from your favorite bookstore. You can also visit the following link to order a copy: https://www.penguinrandomhouse.com/books/535028/the-world-by-richard-haass/ 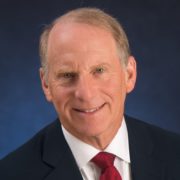 Richard Haass is a veteran diplomat, a prominent voice on American foreign policy, and an established leader of nonprofit institutions. He is in his seventeenth year as president of the Council on Foreign Relations, an independent, nonpartisan membership organization, think tank, publisher, and educational institution dedicated to being a resource to help people better understand the world and the foreign policy choices facing the United States and other countries
.
In 2013, he served as the chair of the multiparty negotiations in Northern Ireland that provided the foundation for the 2014 Stormont House Agreement. For his efforts to promote peace and conflict resolution, he received the 2013 Tipperary International Peace Award.

From January 2001 to June 2003, Haass was director of policy planning for the Department of State, where he directed the policy planning staff and was a principal advisor to Secretary of State Colin Powell. Confirmed by the U.S. Senate to hold the rank of ambassador, Haass also served as U.S. coordinator for policy toward the future of Afghanistan and U.S. envoy to the Northern Ireland peace process.

Haass has extensive additional government experience. From 1989 to 1993, he was special assistant to President George H.W. Bush and senior director for Near East and South Asian affairs on the staff of the National Security Council. In 1991, Haass was awarded the Presidential Citizens Medal for his contributions to the development and articulation of U.S. policy during Operations Desert Shield and Desert Storm. Previously, he served in the Departments of State (1981–1985) and Defense (1979–1980), and was a legislative aide in the U.S. Senate.

A Rhodes Scholar, Haass holds a bachelor’s degree from Oberlin College and masters and doctorate of philosophy degrees from Oxford University. He has also received numerous honorary degrees and was a member of the faculty of Harvard University’s Kennedy School of Government and Hamilton College.

Previously, Chitra was the New York based Anchor for Reuters International TV where her broadcasts were seen by millions of households across the world. Her reporting focused on companies, markets and consumers in the U.S., China, Canada, Australia, Middle East and Africa, as well as the global economy. Chitra’s coverage and reporting were differentiated, thorough and substantive due to her holistic diverse research discipline and in depth business domain from Wall Street.