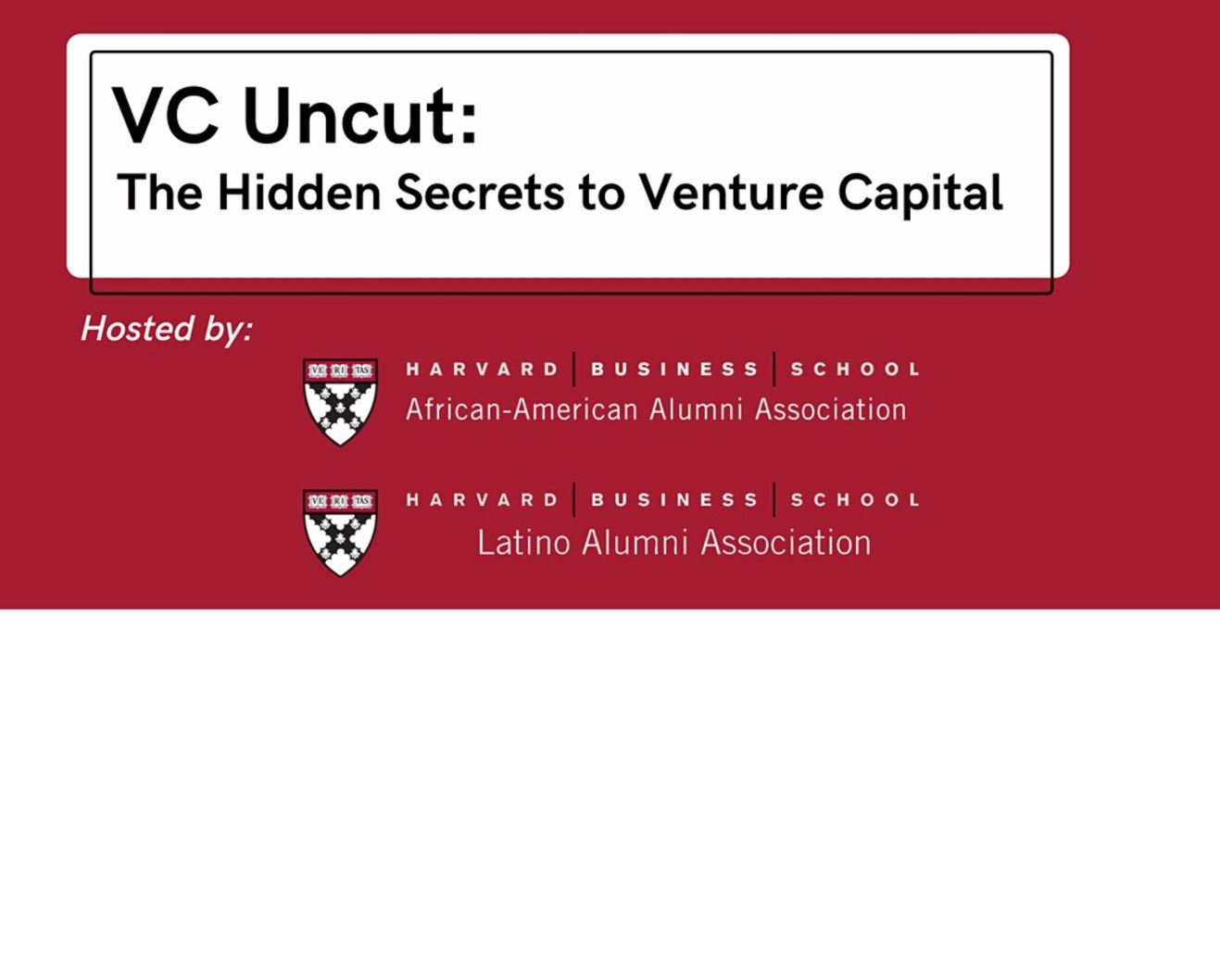 Less than 2% of funded start-ups were led by Latinx founders in 2019. Only 1% of venture capital dollars went to Black start-up founders. Not only that, but under 3% of investment professionals at VC firms are Black or Latinx. It is evident that the venture capital industry has a diversity problem that must be addressed.

Please join the Harvard Business School Latino Alumni Association and the Harvard Business School African American Alumni Association for a live webinar, “VC Uncut: The Hidden Secrets to Venture Capital”. In this 1 hour webinar, our esteemed panelists will share their career paths to venture capital, explain how venture capitalists assess deal flow and analyze a case study from the lens of a venture capitalist. At the end, the panelists will explore the current VC landscape and the opportunities that this creates. 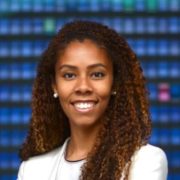 Mercedes Bent is a Partner at Lightspeed Venture Partners, a venture capital firm based in the Bay Area. Previously she served as an executive at a VR startup and a General Manager at General Assembly (acquired, 2018) where she oversaw a multi-million dollar business line. She has an MBA and a Masters in Education from Stanford University and an AB from Harvard University. She serves as a board member for the non-profit Birthright AFRICA and in her free time she enjoys off-roading in her Jeep. She is an African- American of Bermudian, Grenadian, and Colombian heritage and was named a 40 under 40 for Tech Diversity. 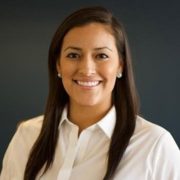 As a former founder and investment banker, Jazmin brings unique insight into company building, product strategy, and finance. Prior to joining NewView Capital, she was co-founder and Chief Operating Officer of Bundler TV, a media-tech startup in Los Angeles. Previously, Jazmin advised C-level executives on product and go-to-market strategy at Warner Bros and Jaunt. She began her career at Goldman Sachs in New York, where she worked as an investment banker and for the Chief of Staff to the CEO. 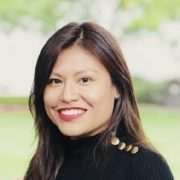 Carolina Huaranca Mendoza is currently an Advisor at Kapor Capital, an early stage seed fund. She joined Kapor Capital as a Principal in 2016 and focused on identifying early stage investments and partnering with entrepreneurs to grow their companies. While at Kapor Capital she was a generalist investor, but had a particular interest in the future of work, future cities, GovTech, and education. Prior to becoming a Principal, she was an Entrepreneur in Residence (EiR) at Kapor working on a tech platform for teacher professional development.

Carolina began her technology career as a Sales & Product Marketing Manager at SchoolNet; which was sold to Pearson for $230MM. In 2012, she founded Spriggle, a marketplace that helped parents identify STEM inspired products for children ages 3-9.

To date, she has shared her investment experience on over 50 stages, including SXSWEdu, SOCAP, Aspen Institute Latinos & Society Program, and NPR: How I Built this Summit. Carolina has also been recognized by Hispanics in Philanthropy (HIP) as a Latino Leader and Cosmo Latina Fearless Award Winner alongside Jessica Alba. She has also been featured in TechCrunch, CNN Money, SF Chronicle, and USA Today. You can always find Carolina on Twitter at @carohuaranca 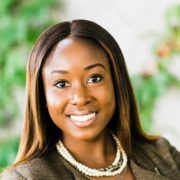 Brittany is Deputy Chief of Staff and research assistant for Intel Capital, Sports, and Emerging Growth Incubation. In this role, she helps oversee operations and strategic initiatives across the organization.

Brittany joined Intel in summer 2017 through the Accelerated Leadership Program. Prior to becoming Deputy Chief of Staff, she was a Business Development Specialist on Intel’s Virtual Reality, Gaming and Esports group. In that role, she was primarily responsible for managing and driving financial return on Intel’s esports relationships, primarily with the National Basketball Association and the International Olympic Committee.

Brittany started her career in financial services, where she developed extensive experience across investment banking, credit risk management, and corporate ratings advisory functions at Citi and Goldman Sachs. She gained international experience by spending several years in London, where she joined Goldman Sachs and expanded her client reach across Europe, the Middle East and Africa. She also is founder and CEO of an admissions consulting company.
Brittany holds a BS in Systems and Information Engineering, with a minor in Business, from the University of Virginia and an MBA from Harvard Business School.