Evan Shapiro – most recently President of National Lampoon – is one of the most insightful critics of the Media and Entertainment Industrial Complex. Well known for his sharp wit and sharper observations, he will be sharing his comments and vision of the post-Covid future with us in this special Media Guru event.

Evan Shapiro is a master of all things video. He is an Emmy and Peabody Award winner, having produced or created more than 150 television series, specials and documentaries. Previously he founded and ran Seeso for NBCUniversal and ran both IFCTV and Sundance TV for AMC Networks.

Participants must register by October 21st to receive details on joining the discussion. 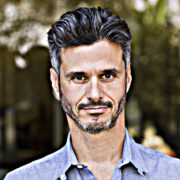 Evan Shapiro, most recently President of National Lampoon, which he left in September 2020, previously founded and ran Seeso for NBCUniversal and ran both IFCTV and Sundance TV for AMC Networks.

Shapiro is an Emmy and Peabody Award winner, having produced or created more than 150 television series, specials and documentaries, including Portlandia, Comedy Bang Bang, Maron, Dinner For Five, Please Like Me, Take My Wife, Bajillion Dollar Propertie$, Shrink, Trapped In The Closet, Harmonquest, Laurie Kilmartin’s 45 Jokes About My Dead Dad, Doug Stanhope’s No Place Like Home, Joseph Gordon-Levitt’s HitRecord, Fortitude, Carlos, My Brother My Brother & Me, Brick City, This Film Is Not Yet Rated, and Funny Women of A Certain Age. Recently, he produced some of the most acclaimed comedy podcasts, and is a part owner of the podcast comedy network, Forever Dog.

He is a Professor for TV and Media at NYU/Stern School Of Business and for Media Studies at Fordham University. He is a frequent guest writer for publishers such as Huffington Post, Deadline and The Wrap, where he has made some rather bold predictions about the future of the media and entertainment industry, many of which have come to fruition. 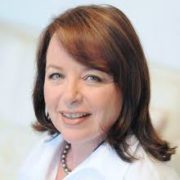 Principal of Quantum Media and Senior Advisor to Oaklins DeSilva+Phillips

An Emmy Award-winning TV producer and executive, as well as digital pioneer, Erica Gruen is known for masterminding one of television’s biggest brands as President/CEO of The Food Network. Today Erica creates brand, content and business development strategies for the world’s largest media and entertainment companies and for the emerging start-ups that seek relationships with the same. She has been an advisor to and investor in leading ed tech, green tech and food tech ventures and is an Adjunct Professor at NYU.