Facebook Co-Founder Chris Hughes: Rethinking Inequality and How We Earn

Facebook Co-Founder Chris Hughes: Rethinking Inequality and How We Earn 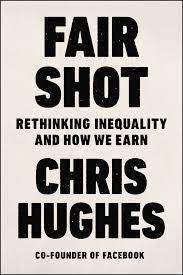 The first half of Chris Hughes’ life played like an “American Dream” movie reel. He grew up in a small town in North Carolina with parents of modest means, and was accepted into an elite boarding school and then Harvard, both on scholarship. There, he met Mark Zuckerberg and Dustin Moskovitz and became one of the co-founders of Facebook.

In FAIR SHOT: Rethinking Inequality and How We Earn (St. Martin’s Press Hardcover, on sale 2/20/18), Hughes exposes the specific forces that create today’s economic unfairness, and argues that Big Tech, and the members of the so-called one percent in general, have a responsibility to ensure the American Dream flourishes for future generations. He makes the case that one-percenters like himself should pay their fortune forward in a radically simple way: a guaranteed income for working people. Hughes lays out how to create an income floor (a more modest UBI) that is actionable today, making the case for $500 per month to working people including caregivers and students.

Part memoir, part manifesto, Hughes’ perspective illuminates the powerful role fortune and luck play in today’s economy. Through the rocket ship rise of Facebook, Hughes came to understand how a select few can become ultra-wealthy nearly overnight. He believes the same forces that made Facebook possible have made it harder for everyone else in America to make ends meet. He has spent the past few years in conversations with working people and policymakers and mining data with economists to come to the conclusion that a guaranteed income is the most powerful tool we have to combat poverty and stabilize America’s middle class. Moneyâcold hard cash with no strings attachedâgives working people freedom, dignity, and the ability to climb the economic ladder.

Please note no refunds will be issued. 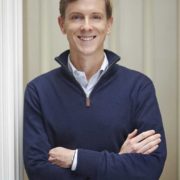 Co-Founder of the Economic Security Project

Chris Hughes is the co-founder of the Economic Security Project, a network of policymakers, academics, and technologists working to end poverty and rebuild the middle class through a guaranteed income. He co-founded Facebook as a student at Harvard and later led Barack Obama’s digital organizing campaign for President. Hughes was the owner and publisher of The New Republic magazine from 2012 to 2016. He lives in New York’s Greenwich Village with his family. 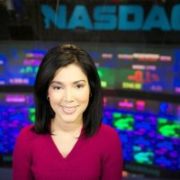 Chitra Nawbatt is a highly accomplished executive with a track record of leading, innovating and transforming organizations to achieve growth. Ms. Nawbatt has spent most of her career as a strategic multidisciplinary change agent with the mandate to build people, processes and systems to reinvent culture, go to market strategy to execution, growth and risk management.