Siggi Hilmarsson, an Iceland native, was raised on a traditional Nordic diet, which does not typically include overly sweet flavor profiles. While attending Columbia Business School in the United States, Siggi found himself homesick for one of his childhood favorites, a traditional Icelandic yogurt called skyr. Finding U.S. yogurt much too sweet and made with far too many ingredients to his liking, he decided to make his own, and the first batch of “siggi’s” was created in his New York City apartment kitchen.

After months of experimenting, the homemade skyr began to show some promise and soon was moved from Siggi’s kitchen to a local agricultural college in Upstate New York, where the first professional batch of siggi’s was made. Within a year, Siggi quit his corporate job, set up yogurt production with a small dairy farm in Chenango County, New York and started selling his products at an outdoor farmer’s market in New York City.

In 2006, siggi’s launched in its first retail store, Murray’s Cheese in Greenwich Village, and was subsequently picked up by Whole Foods Market the following year. By 2010, Hilmarsson’s company rapidly expanded to meet production demands and, in the years to follow, siggi’s products would become available in over 25,000 retail locations including Wegmans, Publix, Target and Kroger and in over 7,000 Starbucks.

From a home kitchen to national distribution, demand for siggi’s yogurt grew quickly and as did the siggi’s team and the family of products. From inception, simple ingredients and not a lot of sugar have been guiding principles for siggi’s dairy that still hold true today.

Siggi Hilmarsson will join the HBS Club of New York for a conversation about his entrepreneurial journey, and how he grew siggi’s dairy from a startup to the category leader. Siggi will share his secrets for success and lessons learned along the way. 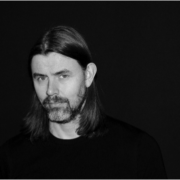 Founder and Chairman of siggi’s dairy

Siggi Hilmarsson is the Founder and Chairman of siggi’s dairy, a company fully committed to making rather delicious yogurt products with simple ingredients and not a lot of sugar under the brand name siggi’s.

Siggi’s homegrown knowledge of yogurt, entrepreneurial spirit and passion for reducing sugar consumption have made him a go-to source in both the food industry and business sector. He has been recognized by Credit Suisse’s entrepreneurship forum, Bloomberg, Businessweek, CNBC, Inc. Magazine and Food & Wine Magazine’s 40 Under 40 and his namesake brand received recognition in Nielsen’s Top 25 Breakthrough Innovations Award.

He is also incredibly active in supporting budding entrepreneurs through his alma mater, Columbia Business School.

In 2019, Hilmarsson will join Fast Company’s Impact Council, an invitation-only collective of creative and innovative leaders in business.

Lauren Hirsch covers the consumer and retail industries for CNBC. She joined in 2017 from Reuters, where she was team leader of the M&A group, focusing on breaking consumer and retail deals. Hirsch studied comparative literature at Cornell University and has her MBA from the Tuck School of Business at Dartmouth.