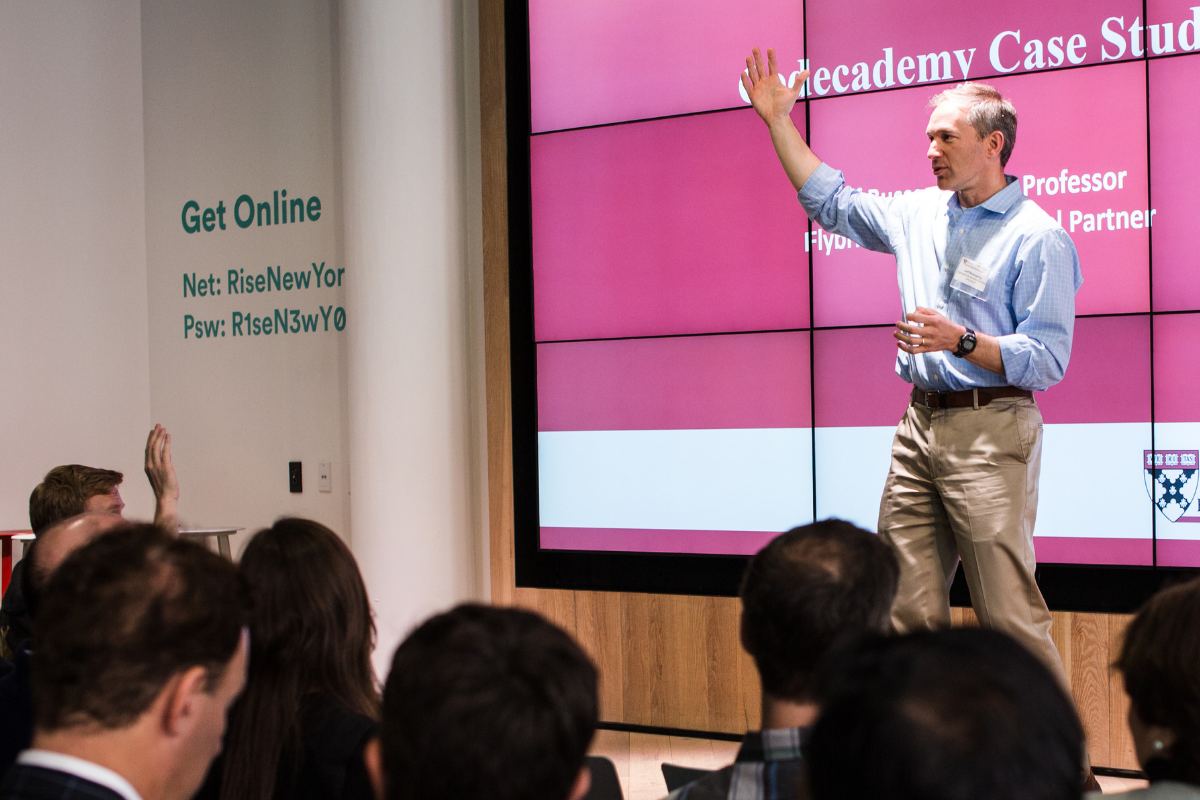 Designed to bring together entrepreneurs, investors and innovators from across the HBS community and New York ecosystem, this Alumni Only event will feature an exciting group of speakers and panelists who will address several of the most topical issues facing startups across a range of industries and at various stages. Join us for a stimulating afternoon of programming, followed by cocktails and networking.

Jeff’s investment interests and entrepreneurial experience are in blockchain, consumer, e-commerce, machine learning, and mobile start-ups. He also serves as a part-time Senior Lecturer at Harvard Business School and teaches a class on entrepreneurship and lean start-ups called Launching Technology Ventures. In this capacity, he has co-authored over thirty HBS cases and notes regarding startup management and entrepreneurship. Jeff also runs The Graduate Syndicate, a micro-seed fund that Flybridge created to invest in startups co-founded by recent Harvard graduates.

Prior to joining Flybridge in January 2003, Jeff co-founded and served as President, Chief Operating Officer and Board Director at Upromise, a loyalty marketing and financial services firm that was acquired by Sallie Mae. He also served as Vice President of Worldwide Marketing and Business Development, Vice President of Worldwide Professional Services and head of Product Management at Open Market, an Internet commerce software leader that went public in 1996. Prior to Open Market Jeff was with the strategy consulting firm, The Boston Consulting Group. In 2017, Jeff authored a book for startup joiners, Entering StartUpLand: An Essential Guide to Finding the Right Job. In 2010, Jeff authored a book on venture capital and entrepreneurship, Mastering the VC Game, to provide entrepreneurs an insider’s guide to financing and company-building. The book has been hailed by the Wall Street Journal, BusinessWeek, TechCrunch and The Financial Times as an essential guide for entrepreneurs. The first chapter of Mastering the VC Game can be downloaded here.

Jeff is an active community member, serving as co-chairman of the leadership council at educational non-profit, Facing History and Ourselves, co-founder of a private-public partnership designed to tackle the underrepresentation of highly-skilled minority employees in Boston’s innovation ecosystem, Hack.Diversity, co-founder and co-chair of an immigration reform non-profit, the Global EIR Coalition, and co-founder and former chair of the progressive policy organization, The Alliance for Business Leadership. Jeff also serves on the board of the New England Venture Capital Association and EdX, the massively open online course provider created through a joint venture between Harvard and MIT. Jeff holds a BA in Computer Science from Harvard University where he graduated magna cum laude and an MBA from Harvard Business School where he was a Baker Scholar and a Ford Scholar.

Founder and CEO Jon Staff leads an innovative health and wellness movement with Getaway, offering tiny cabins secluded in nature two hours outside of cities for guests to unplug, disconnect, and recharge. After meeting at Harvard, Staff started Getaway in 2015 with Co-Founder Pete Davis, inspired by his own childhood in rural northern Minnesota, as well as a road trip in an Airstream in 2014. Those seminal moments provided him with a deeper understanding and appreciation of tiny home living, which captures the essence of minimalism and simplicity. Jon currently lives in Brooklyn, NY, with his partner, Michael, and enjoys time outdoors—whether on the water, at a park, on a bicycle, or in their 1986 Volkswagen campervan—as well as attend concerts and travel together. 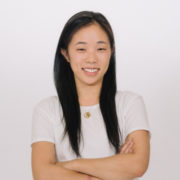 Gina Pak is a founding member of Blueland, a brand on a mission to eliminate wasteful packaging from our everyday products. Blueland launched this past April with 3 cleaning sprays in reusable bottles and nickel-sized non-toxic cleaning tablets and in August launched a reuse-and-refill foaming hand soap also in tablet form. Prior to Blueland, Gina led Strategy and Transformation for Theory, the contemporary fashion label, and oversaw the implementation of executive initiatives as Chief of Staff to Founder / former CEO Andrew Rosen. Before her transition into entrepreneurship, Gina worked in management consulting at BCG and growth equity for branded consumer products. Gina graduated from Stanford University with a joint degree in Economics and Political Science and an MBA from Harvard Business School. 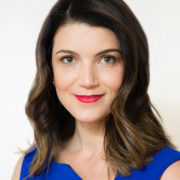 Anna Auerbach is the Co-Founder and Co-CEO of Werk, a fast-growing enterprise SaaS platform based in New York City. Werk helps companies improve their employee experience through flexibility. Through the use of behavioral science, predictive analytics, and on-platform solutions, Werk shows companies exactly what flexibility employees need, where companies are failing to deliver, and how to make targeted investments in flexibility. Their unique data-based approach to flexibility helps companies drive productivity, retention, and engagement within their employee base. Werk has raised nearly $5M to date, and has been featured across a variety of media outlets including CNBC, Forbes, The Wall Street Journal, The New York Times, Fast Company, Glamour, and more.

Anna started her career at Mckinsey & Co after graduating from Brandeis University with a double major in Economics and Psychology. After McKinsey, Anna spent 7 years in social impact professional services. She has an MBA from Harvard Business School. Anna learned her first lesson in entrepreneurship when she moved to the U.S. as a refugee at age 6. She currently lives in New York City with her husband, 6 year old son, Asher, and 3 month old daughter, Sophie. 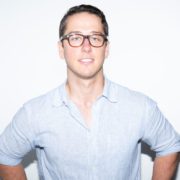 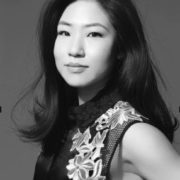 Jennie Baik is an avid consumer technology and next generation retail strategist and currently serves as the CEO and Co-founder of Orchard Mile, a personally cu-rated shopping experience that is the first and only fashion platform that allows women to shop the full assortment of their favorite contemporary and luxury brands’ sites, updated daily, in one place, with the ease of one checkout.

Orchard Mile was launched in 2016. Since launch, it has been named a Break-through Brand by Interbrand, a Startup of the Year finalist by Glossy and was re-cently named a “Direct Brand to Watch” by IAB for the second year in a row. It was also highlighted by Marie Claire as one of the best e-commerce fashion sites.

Previous to her role at Orchard Mile, Ms. Baik served as the Head of Strategy for Burberry Americas, where she focused on creating powerful brand experiences to position the company for multi-national growth. She also served as a Director of Corporate Development at Omnicom Group, where she was responsible for archi-tecting integrated marketing strategies, focusing on developing rich brand identi-ties and communicating these stories both online and offline. Ms. Baik also spent time as a management consultant at Booz Allen & Co. as well as in leveraged fi-nance at Goldman Sachs prior to graduating from business school.
Ms. Baik received her Masters degree from Harvard Business School in 2008 and also holds a BBA/BA in Business Honors and Plan II from the University of Texas at Austin. She has been the keynote speaker at etail East and etail West, Decoded Milan, E-commerce Expo London, as well as a speaker at the World Retail Con-gress, NRF, the Global eCommerce leaders forum Luxury Interactive, Fashion, Cul-ture, and Design, Viva Tech / (LVMH), Fashion Digital, the Nantucket conference, among others. 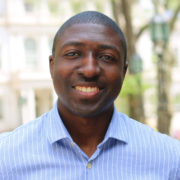 Founded in 2013, RubiconMD serves primary care providers across 35 states. In
2015, The Huffington Post named RubiconMD one of the “Five Companies Defining
the Future of Healthcare.” Prior to founding RubiconMD, Gil was a Consultant at
Putnam Associates, a pharma strategy consultancy, where he designed payer and
market access strategies for fortune 500 clients. He previously held strategy and
business development roles at Cubist (acquired by Merck), Xerox, and two early
stage healthcare ventures.

Gil has appeared in Inc, Forbes, CNBC, Fortune and Entrepreneur Magazine. He’s
been named one of Forbes’ “30 Under 30” in healthcare and MedTech Boston’s 40
Under 40. In 2017, Crains New York named Gil as their Heritage Healthcare
Innovator of the Year. He holds a BS in Economics and Biomedical Engineering from
Yale and an MBA from Harvard.