Ted Seides will guide a thoughtful conversation that weaves in lessons from Michael’s and Jonathan’s decades of experience leading hedge funds and subsequent transition to private market investing.

Michael and Jonathan will discuss where they’re seeing opportunity in today’s challenging market environment, common pitfalls in due diligence/deal selection, and how to capitalize on structural dynamics across capital markets, among other topics.

Participants must register by NOON on February 6th to receive details on joining the discussion. The Zoom link will be sent out 24 hours before the event. 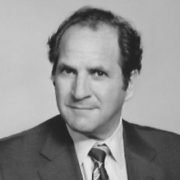 Founder and Chairman at 10 East

Michael Leffell is the Executive Chairman at 10 East, where he is responsible for overseeing investment execution and the overall strategic direction of the business.

Mr. Leffell has +33 years of experience building industry leading investment firms and as an investor in distressed debt, real estate, private credit, private equity, and venture capital. Prior to founding 10 East and founding Portage Partners in 2010, Mr. Leffell was the Deputy Executive Managing Member of Davidson Kempner Capital Management, an event driven, multi-strategy hedge fund. While at the firm, Mr. Leffell also co-led the Distressed Securities investment strategy for 20 years. With Mr. Leffell’s guidance, the firm expanded to manage more than $10 billion with over 150 employees in New York and London. 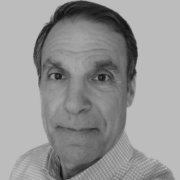 Mr. Kolatch founded Redwood Capital Management in August 2000 after a long career at Goldman Sachs. Redwood is focused on investing in the high yield and distressed credit markets. The firm has a deep value orientation, with an emphasis on mid- to large size companies experiencing dislocations in their business environment. The firm’s assets under management grew to over $5B and Jonathan retired from the firm in the middle of 2020. The flagship fund had a compounded return of 13% during his tenure. 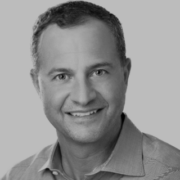 He launched the Capital Allocators podcast in 2017. The show reached 13.5 million downloads in December 2022 and has been recognized as the top institutional investing podcast.

In March 2021, Ted published his second book, _Capital Allocators: How the world’s elite money managers lead and invest_ that distills key lessons from the first 150 episodes of the podcast.

Ted previously worked under David Swensen at the Yale Investments Office, invested directly at three of Yale’s managers, co-founded and served as Co-CIO of Protégé Partners, and made a famous bet with Warren Buffett.