“I came home from work – I had a six-month-old daughter – and I told my wife that I was quitting my job to start a company. She thought I was crazy.”

In 2009, Todd McKinnon did something bold. Lehman Brothers had declared bankruptcy only a few months earlier, and the world was looking darker by the day. Despite this uncertainty, Todd quit his job as an SVP at Salesforce.com and started the company that would eventually become Okta. Todd went from managing hundreds of employees at one of the hottest tech companies in the world to being employee zero at a start-up during the worst fund-raising environment in history.

Todd was convinced that cloud computing would create a massive market and that he was ready to stretch and sacrifice to meet the opportunity. Over the next eleven years, Todd would build Okta into the world’s leading identity management company. In 2017, Okta debuted on NASDAQ, and today the company has a market capitalization of over $27B. Every day, Okta helps ~9,000 enterprise customers and millions of their employees securely access cloud applications, websites, and mobile apps – all from a single sign-on.

Join us for an illuminating discussion with Todd McKinnon. He will share Okta’s mission of enabling any organization to use any technology as well as dive into stories about the early days of Okta – convincing his wife, his co-founder, his investors, and his customers that he wasn’t crazy. The event will be moderated by renowned journalist Alex Konrad, senior editor at Forbes.

This is a national HBS Alumni event which will start promptly at 6:30PM EDT / 3:30PM PDT.

Participants must register by October 25th to receive details on joining the discussion. 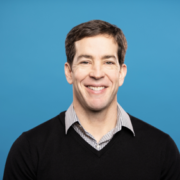 Todd McKinnon is the CEO and co-founder of Okta, the leading provider of enterprise identity, which he co-founded in 2009 with Frederic Kerrest. Under Todd’s leadership, Okta has transformed the way millions of people access technology and put identity at the forefront of security.

Todd’s experience as a leader and technology visionary spans more than 25 years, with deep roots in enterprise software and cloud transformation. Prior to Okta, he led engineering at Salesforce.com, where he grew the team from 15 people to more than 250, and the service from two million daily transactions to more than 150 million. Todd started his career at PeopleSoft, where he held a number of engineering and leadership roles throughout his 8-year tenure.

Todd earned his bachelor’s degree in management and information systems from Brigham Young University and his master’s in computer science from Cal Poly San Luis Obispo. A Bay Area native, Todd is an advisor to Family House and an advocate for equality and inclusion. He is a husband and father, an exercise addict, and a mountain bike enthusiast. You can follow him on Twitter @toddmckinnon. 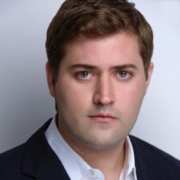 Alex Konrad is a senior editor at Forbes covering venture capital, cloud, and startups out of New York. He edits the Midas List, Midas List Europe, Cloud 100 list, and 30 Under 30 for VC and has written cover stories on subjects including Eric Yuan of Zoom, Facebook co-founder Dustin Moskovitz, Canva CEO Melanie Perkins, Salesforce CEO Marc Benioff and SoftBank’s Masayoshi Son, among others. A native New Yorker, Alex is a Fortune Magazine and WNYC alum. He studied medieval history and archaeology at Harvard University, graduating in 2011. You can follow him on Twitter at @alexrkonrad.