Brewer is a proven leader in the golf industry where he has held executive positions since 1998. He has extensive knowledge of all facets of the golf business, particularly in sales, marketing and product development. Brewer assumed his leadership of Callaway Golf on March 5, 2012, arriving with a firm belief in technology-driven products and a track record of increasing market share and shareholder value.

Prior to joining Callaway Golf, Brewer served as CEO of Adams Golf from 2002-2012, where he engineered a turnaround that drove the company to profitability. He was widely credited with transforming Adams from a single-product focus to a diversified brand portfolio. With a clear focus on innovation, Brewer made strategic investments that bolstered the size and success of his product development team.

Brewer has an undergraduate degree in economics from the College of William and Mary, where he played on the golf team, and later earned his MBA from Harvard University. 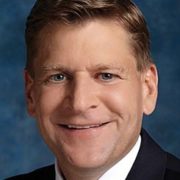