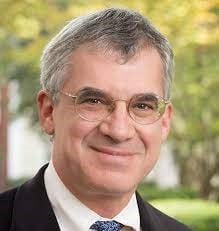 Spend an evening with HBS Professor Josh Lerner as he explores Venture Capital’s Role in Financing Innovation: What We Know and How Much We Still Need to Learn.

A joint event of the HBS Association of Boston, and the HBS Club of New York.

In 2020, Professor Lerner wrote “Venture capital is associated with some of the most high-growth and influential firms in the world. For example, among publicly traded firms worldwide, seven of the top eight firms by market capitalization in May 2020 had been backed by venture capital prior to their initial public offerings: Alphabet, Apple, Amazon, Facebook, and Microsoft in the United States, and Alibaba and Tencent in China.” His research has also demonstrated the value of angel investors: “Angel investors have a positive impact on the growth of firms they fund, both in terms of their performance and survival.”

Is Venture Capital just a simple set of guideposts developed by George Doriot:

Or is it something else?

On March 14th, Professor Lerner will share with us his well-researched views on venture capital, and then we’ll open up the discussion to answer some of your questions. 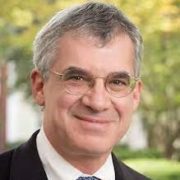 Josh Lerner graduated from Yale College with a special divisional major. He worked for several years on issues concerning technological innovation and public policy at the Brookings Institution, for a public-private task force in Chicago, and on Capitol Hill. He then earned a Ph.D. from Harvard’s Economics Department.

Much of his research focuses on venture capital and private equity organizations. (This research is summarized in Boulevard of Broken Dreams, The Money of Invention, Patent Capital, and The Venture Capital Cycle.) He also examines policies on innovation and how they impact firm strategies. (That research is discussed in the books The Architecture of Innovation, The Comingled Code, and Innovation and Its Discontents.) He co-directs the National Bureau of Economic Research’s Productivity, Innovation, and Entrepreneurship Program and serves as co-editor of their publication, Innovation Policy and the Economy. He founded and runs the Private Capital Research Institute, a nonprofit devoted to encouraging access to data and research, and has been a frequent leader of and participant in the World Economic Forum projects and events.

In the 1993-1994 academic year, he introduced an elective course for second-year MBAs. Over the past two decades, “Venture Capital and Private Equity” has consistently been one of the largest elective courses at Harvard Business School. (The course materials are collected in Venture Capital and Private Equity: A Casebook, now in its fifth edition, and the textbook Venture Capital, Private Equity, and the Financing of Entrepreneurship.) He also established and teaches doctoral courses on entrepreneurship, teaches in the Owners-Presidents-Managers Program, and leads executive courses on private equity. He is the Jacob H. Schiff Professor.

Among other recognitions, he is the winner of the Swedish government’s Global Entrepreneurship Research Award and Cheng Siwei Award for Venture Capital Research. 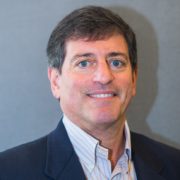 Jason E. Klein is an experienced media CEO and builder of digital and traditional businesses who has led two successful turnarounds. He is founder and CEO of On Grid Ventures with a portfolio of 25+ early stage companies. Mr Klein is co-President of the HBS Alumni Angels Association, and Chairman of the largest chapter, HBS Alumni Angels of Greater New York. Mr. Klein was previously CEO of Newspaper National Network LP; and CEO of Times Mirror Magazines/Time4 Media, publisher of Golf Magazine, Field & Stream, and Popular Science. He began his career as a consultant with McKinsey. Mr. Klein is one of AlleyWatch’s “25 Angels Investors in NY You Need to Know,” a member of New York Angels, and a mentor at several NYC-area incubators. Mr. Klein has an MBA from Harvard Business School and an AB from Dartmouth College. 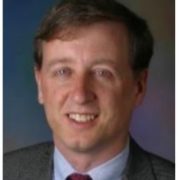 Board Chair – Federation for Children with Special Needs