The HBS Association of Boston invites you to the 14th Annual CEO Brand Leadership Roundtable.

Larry Gulko will talk with the CEOs of Wheels Up, The Ritz-Carlton Yacht Collection and Talbots, Ann Taylor, LOFT and Lane Bryant about competing and winning in today’s seemingly ever changing environment. Hint: it is difficult, really difficult! Among the subjects they will discuss, debate and dive into include identifying trends and creating strategies to dominate a product category, creating an entrepreneurial culture to drive bold and disruptive innovation, creating an authentic brand voice, strategies to earn consumers respect and loyalty, and driving growth in an ultra-competitive marketplace. And that’s just in the first half!

Participants must register by NOON on March 22nd to receive details on joining the discussion. The Zoom link will be sent out 24 hours before the event. 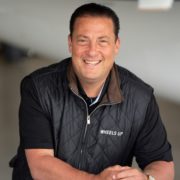 Founder, CEO & Chairman of Wheels Up

Kenny Dichter is the Founder, Chief Executive Officer and Chairman of WUP. Mr. Dichter has long been recognized as an entrepreneur with expertise in branding, marketing, public relations and advertising. Prior to founding WUP, Mr. Dichter founded Marquis Jet and pioneered the first-ever fractional jet card program. Mr. Dichter successfully led Marquis Jet through its sale to Warren Buffett’s Berkshire Hathaway’s NetJets in 2010.

Among his other founding credits, in 2010, Mr. Dichter co-founded Tequila Avion, an ultra-premium tequila brand which was acquired by Pernod Ricard in 2014. Mr. Dichter is also a founding investor in Juice Press, an organic food and juice company with 86 locations in the United States. Earlier in his career, Mr. Dichter co-founded Alphabet City, a sports marketing and music company that was sold to Robert Sillerman’s SFX Entertainment in 1998.

Mr. Dichter is very involved in philanthropic initiatives and in 2020, he spearheaded Meals Up with Wheels Up partners and ambassadors to fight hunger using the Wheels Up Cares platform to support the efforts of the organization, Feeding America. Mr. Dichter is a major supporter of his alma mater, the University of Wisconsin-Madison. In 2019, he partnered with the Office of Admissions and Recruitment in Madison to launch the Fly High Fund, which will support digital outreach to students with diverse backgrounds to encourage them to apply. Mr. Dichter holds a B.A. of Sociology from the University of Wisconsin-Madison. 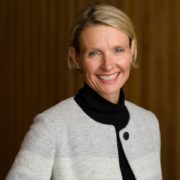 Lizanne Kindler is the Executive Chair of Talbots, Ann Taylor, LOFT and Lane Bryant. While these brands remain independent, together they generate approximately $4.5 billion in sales on an annual basis.

Ms. Kindler returned to Talbots as President in August of 2012 when the company was purchased by private equity firm, Sycamore Partners. She was promoted to CEO nine months later. In January 2021, Ms. Kindler was also named Executive Chair and Interim CEO of Ann Taylor, LOFT and Lane Bryant, collectively known as Ascena.

Under Ms. Kindler’s leadership, the Talbots brand has returned to healthy levels of sales and profitability, opened new stores, developed new concepts and entered new product categories. The company currently has nearly 7,000 associates and operates more than 500 retail stores across the United States.

The Ascena brands have more than 20,000 associates and over 1,200 stores across the United States. The company was acquired during the bankruptcy process in December of 2020. Since then, Ascena has generated double-digit increases in EBITDA, while on a path to financial health and stability.

Ms. Kindler started her career at Ann Taylor Stores Corporation in 1992, where she spent 15 years in various leadership roles. Ms. Kindler left Ann Taylor in 2008 to come to Talbots the first time as the Senior Vice President of Merchandising. She also spent time as a Senior Executive at Kohls.

Ms. Kindler is a well-respected leader in the industry and in the community. She is a member of the Board of Directors of the Federal Reserve Bank of Boston and is in her fourth year as an Expert-In-Residence for Babson College’s accelerator for women entrepreneurs. Under Lizanne’s leadership, Talbots has been named as one of the Top 10 Women-Led Businesses in Massachusetts by The Commonwealth Institute and the Globe Magazine five years in a row. She has been instrumental in cementing Talbots’ status as a brand with purpose by leading the brand’s partnership with Dress for Success, which has raised nearly $7 million since its inception in 2014.

A native of Denmark, Ms. Kindler graduated from the Copenhagen Business School with a BA in Economics. 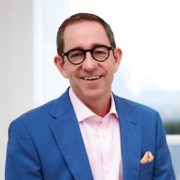 CEO of The Ritz-Carlton Yacht Collection

Douglas Prothero is the Founding Partner and Chief Executive Officer at The Ritz-Carlton Yacht Collection.

Mr. Prothero was educated in Maritime Studies and has been a ship master since 1989. He has over 35 years of professional leadership experience in the marine industry, including running all facets of maritime businesses involving both commercial vessels and private yachts. An experienced entrepreneur, Mr. Prothero has founded numerous enterprises with lead responsibility for product development, ship design, construction, marine operations, and business growth.

Mr. Prothero established an extensive professional network through his work advising financing sources and ship owners while serving as Partner at a boutique investment bank. 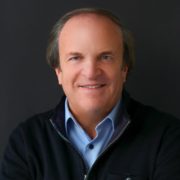 Larry is a brand architect and strategist, executive coach, and growth advisor with a track record for positioning an eclectic range of brands to compete more effectively in today’s rapidly evolving and ever-changing business landscape.