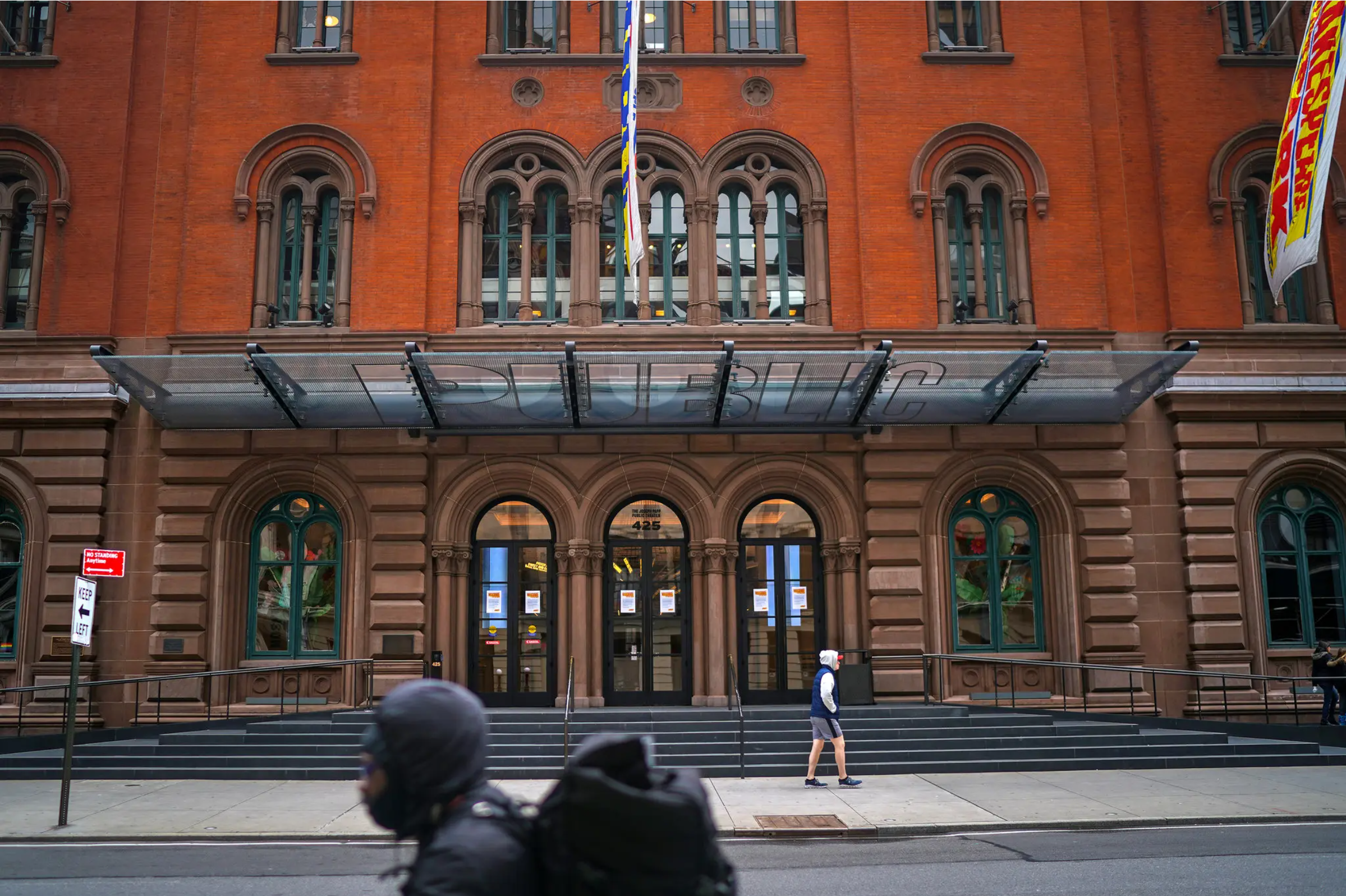 See and learn about the free college ‘Cooper Union’ – the site of Lincoln’s 1860 landmark address in NYC; ‘Colonnade Row’ – the city’s nine most elegant townhouses (1833) four of which are still there; ‘The ‘Public Theater’ – created in 1965 from the Astor Library (1853) and source of “Hair,” “Chorus Line” and “Hamilton”; and the ‘Merchant’s House Museum” (1832) still intact today both inside and outside.

Experience the cultural revolution from the early townhouses to the homes of artists and musicians: Keith Richards, Cher, and Britney Spears (all in the building that housed Tower Records), and the homes/studios of the artists Jean-Michel Basquiat, Robert Rauschenberg, and Chuck Close.

Modern buildings too – homes of supermodel Gigi Hadid, and Ian Schrager – creator of Studio 54. Even a new tech center with the headquarters of IBM’s Artificial Intelligence effort, plus Facebook, AOL and Nielsen across the street.

Also landmarks such as the first hospital for women (1857), created by the first female doctor in the United States – Elizabeth Blackwell, and the only New York skyscraper (1899) designed by Louis Sullivan – the “father of skyscrapers.”

Accessibility: the whole trip might be as much as a ten-block walk.

Location: starts at Astor Place (Eighth Street and Lafayette Street) by the large cube sculpture. This is the No. 6 subway stop at Astor Place. Ends at the No. 6 Bleeker St. stop – part of the Broadway/Lafayette subway station.

Length: total time one hour and forty-five minutes. Option available to cut out early and head to a local restaurant – where everyone will be invited to join at the end if they wish.

Restaurant: Lafayette French Restaurant by Andrew Carmellini at Lafayette and Great Jones St. Indoors or Out. Not inexpensive but worthwhile – have spotted Taylor Swift, former Mayor Bloomberg, and Fran Liebowitz there. Please contact Bill Rosser (bill.rosser77@gmail.com) if you wish to join the group for lunch.

NOTE: The rain date for this event is Monday, June 20th

Participants must register by Noon on June 15th.