Sold Out! Responsible and Sustainable Business Practices: B Corps – Redefining Success in Business

Sold Out! Responsible and Sustainable Business Practices: B Corps – Redefining Success in Business

Alongside the trend towards increased responsibility and sustainability in business, there’s been a rapid growth in the number of B Corps – for-profit companies certified by the nonprofit B Lab to meet rigorous standards of social and environmental performance, accountability, and transparency. Two leaders of the B Corp movement will discuss how B Corps are redefining business success and leveraging the power of business to solve social and environmental problems.

B Lab has spent the last decade challenging the notion that success in business is solely about maximization of shareholder wealth. Today, more than 2,500 companies in 67 countries are recognized as Certified B Corporations and over 70,000 companies in more than 80 countries have used B Lab’s impact management platform to measure, manage, and improve their impact on society and the environment. These include companies such as Patagonia, Ben & Jerry’s, Method and Seventh Generation. Thirty-five U.S. jurisdictions including Delaware, and the country of Italy, have passed B Lab’s new corporate governance statute; the G7 has recommended that countries around the globe follow suit, with 10 others already working on it. Over 5,000 companies have adopted this statute, called benefit corporation, in the U.S.

Andrew Kassoy, Co-Founder of B Lab, and Lorna Davis, Senior Advisor to the CEO of Danone, the multinational food products corporation, and a Global Ambassador to the B Corp movement will discuss the evolution of this phenomenon and Danone’s particular quest to become the world’s largest Certified B Corp. 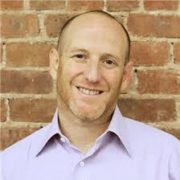 Co-Founder of B Lab

Prior to co-founding B Lab, Andrew spent 16 years in the private equity business; as a Partner at MSD Real Estate Capital, an affiliate of MSD Capital, the $12 billion investment vehicle for Michael Dell, and as Managing Director in Credit Suisse First Boston’s Private Equity Department, a founding partner of DLJ Real Estate Capital Partners, and President of its international business. He is a Board Member of Echoing Green, an Advisor to the NYU Reynolds Fellows Program, and a member of the U.S. Working Group of the G8 Social Impact Investing Task Force. He is a former board member of the Freelancers Union. He was raised in Boulder, Colorado and graduated with Distinction from Stanford University where he was a Truman Scholar and President’s Award winner. He is a Henry Crown Fellow at the Aspen Institute. Andrew lives in New York City with his wife, Margot Brandenburg, and four children, Max, Jed, Etta, and Xavier. 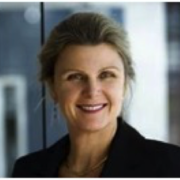 Lorna has lived and worked in 7 countries, across 5 continents and has been a President of large, multinational consumer goods companies for 20 years, in Danone, Kraft and Mondelez, including President of Kraft Foods in China and President of Nabisco in the US.

In 2015, Lorna moved to France to lead the next phase of the journey to purpose for Danone. After Danone’s acquisition of WhiteWave Foods in 2017, she moved back to the US to become CEO and Chairwoman of DanoneWave. In that capacity, she established that $6 Billion entity as the largest Public Benefit Corporation in the world, and set it on the path to being a certified B Corporation.

On behalf of Danone, Lorna has now joined B Lab on a one-year assignment to support the journey of large multi nationals on the path to using business as a force of good. Lorna lives in New York and is passionate about reinventing corporate life, country music, and saving rhinos. She also totally adores her dog, Stir Fry.