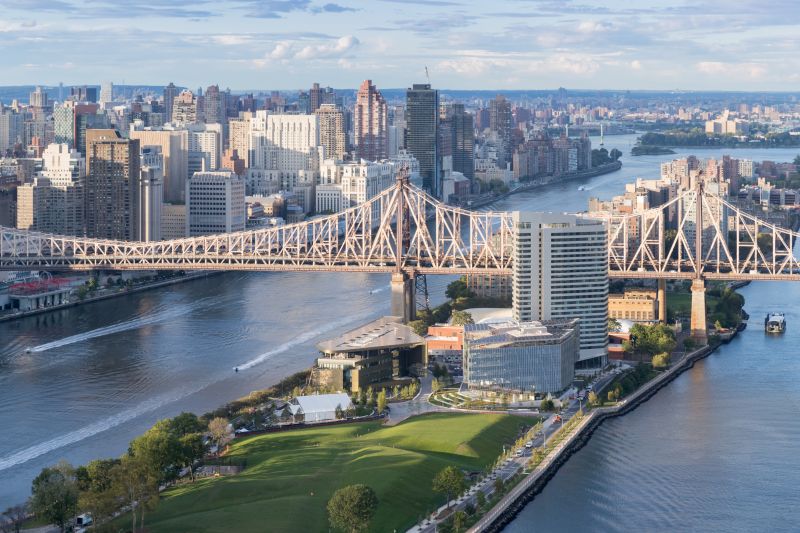 The afternoon begins at 1:15 with registration at the Bloomberg Center at Cornell Tech. We will get a private tour of the school’s dramatic campus, one of the most environmentally friendly and energy-efficient in the world. That will be followed by a presentation by Mukti Khaire, professor at Cornell Tech and former Harvard Business School faculty member. She will discuss Cornell Tech’s current program and future plans. The campus opened in September 2017 and currently has over 300 graduate students. A joint academic venture between Cornell University and the Technion-Israel Institute of Technology, the school focuses on technical entrepreneurship through intense collaboration with New York’s business and venture capital communities and on building tech-oriented employment in New York City.

At 3:00, we will take a short walk to Riverwalk Crossing, a luxury high-rise, where David Kramer, president of The Hudson Companies, and Frank Monterisi, SVP of Related Companies and HBS graduate, will enlighten us on the evolving history of Roosevelt Island and the current state of residential and commercial development. Their presentation will be in the lovely rooftop lounge, whose terrace affords a beautiful 360° view of Roosevelt Island, Manhattan and its surroundings.

For those interested, you can join us for a dutch-treat lunch at 12 noon at The Cornell Tech Café in the Bloomberg Center. No need to register for lunch – just show up.

And for those interested in spending free time on Roosevelt Island either before or after the official program, there is much to see. The Red Bus gets you to all parts of the island. It is free and runs every 15 minutes.
See links below:

Please join us for this wonderful event, which will conclude our monthly seniors program until we resume in September. 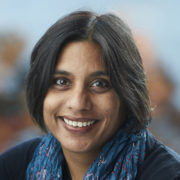 Girish and Jaidev Reddy Professor of the Practice

Mukti Khaire is the Girish and Jaidev Reddy Professor at Cornell Tech and in the Johnson School at Cornell University. She received a PhD in Management in 2006 from Columbia University’s Graduate School of Business. Before that, she completed a Masters in Management from Indian Institute of Technology (IIT) – Bombay and a Master of Science in Environmental Science and a Bachelor of Science in Microbiology from the University of Pune, India. Prior to joining Cornell Tech in 2016, she was on the faculty of Harvard Business School (Entrepreneurial Management Unit; 2005-2016) and spent a year as Visiting Faculty in Brown University (Sociology; 2015-2016). Mukti’s research focuses on entrepreneurship in the creative industries, such as art, advertising, architecture and design, fashion, film, music, publishing, and theater. In particular, she is interested in understanding how entrepreneurs create markets for new categories of cultural goods by constructing their value, while also changing consumers’ beliefs about what attributes of cultural goods are appropriate and valuable. In this vein, Mukti studied the creation of a market for modern Indian art and the rise and establishment of the high-end fashion industry in India. Her work, which has been published in leading business and management journals, has shed light on the structure and functioning of creative industries and the business and societal implications of entrepreneurship in the cultural sector. Mukti has also authored 35 teaching cases on firms in the creative industries. 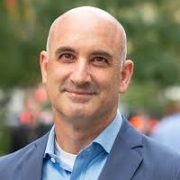 David is a native New Yorker who loves developing housing as part of his commitment to help build a better city. David joined Hudson back in the stone age of 1995 and has played a role in many of Hudson’s most exciting achievements of the past 3 decades including the world’s largest Passive House building, the House at Cornell Tech, and the redevelopment of the Brooklyn Heights library, One Clinton. David has a Bachelor Degree from Yale University and graduated from the Coro Foundation’s Fellows Program, which he likes to mention since he loved the program and doesn’t have a graduate degree. He’s served on the boards of the Brooklyn Bridge Park Conservancy, the Brooklyn Navy Yard Development Corporation, the Coro Foundation, New York City School Support Services, the Brooklyn Real Estate Roundtable and the Collegiate School Alumni Council. David has seen most Broadway musicals and plays a lot of KenKen. 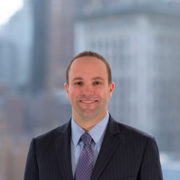 Frank J. Monterisi, Jr. is a Senior Vice President of Related Companies. Mr. Monterisi has been responsible for the acquisition and development of luxury residential, commercial, mixed-use and affordable housing in New York City and Chicago. Since joining Related in 2007, Mr. Monterisi has been involved in the development of over 3,000 residential units, $2.5 billion of project cost and 4.0 million square feet of space. He has been involved in the development of projects such as 500 Lake Shore Drive and 111 West Wacker Drive in Chicago and Hunter’s Point South, MiMA and Riverwalk in New York City. He is a board member of the Long Island City Partnership, YMCA of Greater New York, Jacob Riis Settlement Houses, and Arts in the Armed Forces. Prior to Related, he served as an Officer in the Marine Corps for six years. Mr. Monterisi resigned his commission as a Captain after serving in Operation Enduring Freedom in Afghanistan in 2004. He is a graduate with Honor and Distinction with a Bachelor of Science in History from the United States Naval Academy in Annapolis, Maryland and he received his Masters of Business Administration from the Harvard Business School in Boston, Massachusetts.