At no time has the maxim “elections have consequences” held more weight than since the last national election in 2016 when voters in swing states chose Donald Trump over Hillary Clinton.

The stakes for both parties—and the country as a whole—are now even higher. Consider the macro picture: The economy is in a recession due to the coronavirus despite some jobs coming back over the last three months. There are over 210,000 Americans dead from the virus, and a vaccine could be months away with a long winter ahead. The rule of law is front and center with Trump’s less than traditional approach on American institutions. In addition, the future of the Supreme Court is at stake for both parties.

Trump inherited a growing economy and low unemployment from Obama; and, fueled by tax cuts and deregulation, the economy and the stock market grew faster.

The November election will be a referendum on Donald Trump. Voters will not only judge him on his record; but they will also take into account what many people feel: the daily chaos, the relentless machinations and the level of decency he brings to the highest office in the land.

The HBS Club of NY is pleased to present a stirring debate featuring representatives from both sides as we discuss a range of issues. Please join us for this informative session.

The Harvard Business School Club of NY is a non-political, non-partisan organization and does not support or endorse any political candidates.

Participants must register by October 14th to receive details on joining the discussion. 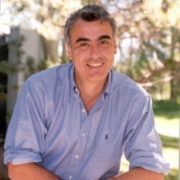 Marc Lasry is the chairman, CEO and co-founder of Avenue Capital. Distressed investing has been the focus of Lasry’s professional career for over 36 years. Lasry is a member of the Council on Foreign Relations and he has served and will continue to serve on various other boards of advisors/directors of both for-profit and not-for-profit private and public companies. He graduated with a B.A. in History from Clark University and a J.D. from New York Law School. 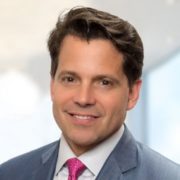 Anthony Scaramucci is an American financier, entrepreneur and author. He is the founder and a co-managing partner of investment firm SkyBridge Capital. Scaramucci was a White House Director of Communications in 2017.

He earned a B.A. in Economics from Tufts University and a J.D. from Harvard Law School. Scaramucci is an active philanthropist and a board member at several non-profits. 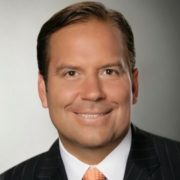 Steve Cortes is Senior Advisor for Strategy to the Trump 2020 Campaign. He also worked in Trump’s 2016 campaign as a TV surrogate. He is a member of the White Commission on Hispanic Prosperity.

Prior to entering politics, Steve had a 25 year career on Wall Street trading desks, and has worked as an on-air contributor for CNBC, Fox News, and CNN.

He graduated from Georgetown University, where he played football and was nominated for the Rhodes Scholarship. 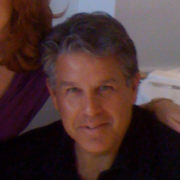 William D. Cohan, a former senior Wall Street M&A investment banker for 17 years at Lazard Frères & Co., Merrill Lynch and JPMorganChase, is the New York Times bestselling author of three non-fiction narratives about Wall Street. He is a special correspondent at Vanity Fair and a columnist for the DealBook section of the New York Times. He also writes for The Financial Times, The New York Times, Bloomberg BusinessWeek, The Atlantic, The Nation, Fortune, and Politico.