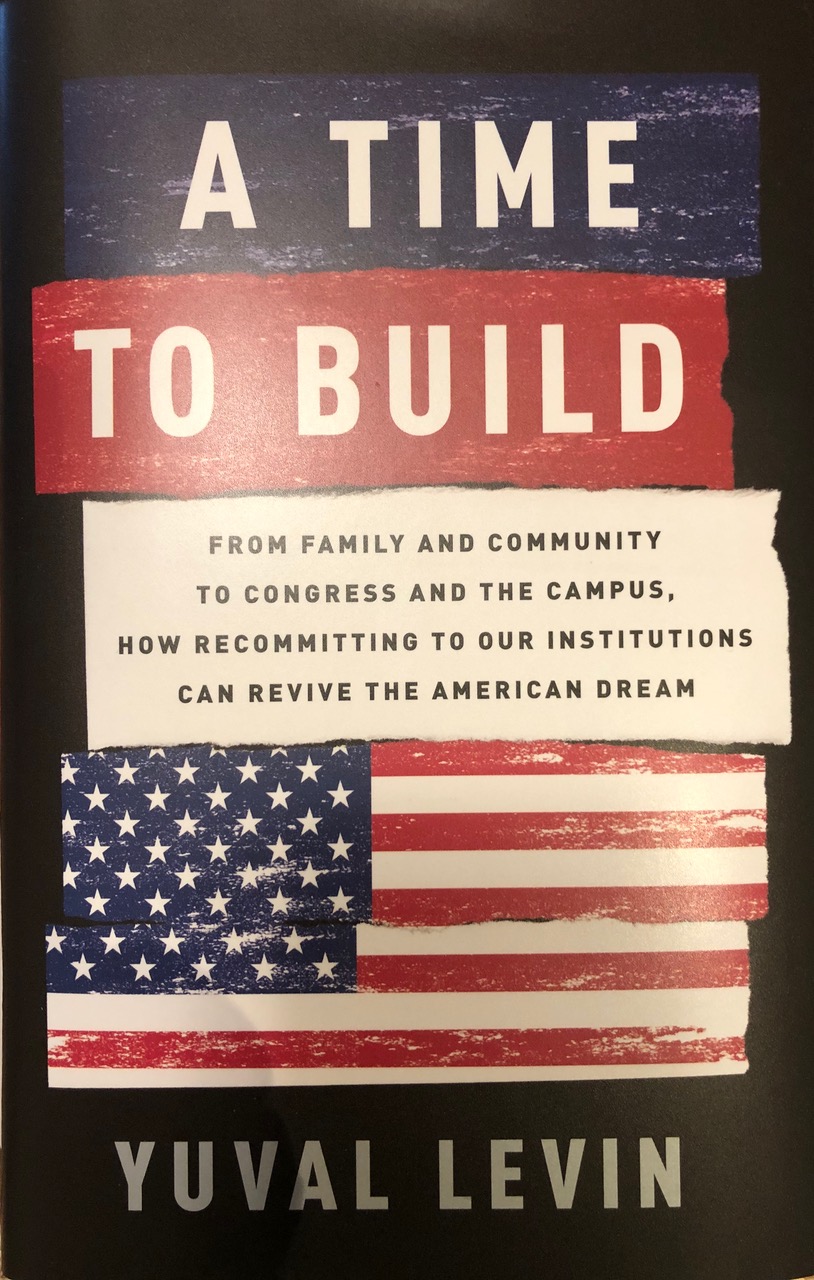 In a very long subtitle (From Family and Community to Congress and the Campus, How Recommitting to our Institutions Can Revive the American Dream) Yuval Levin summarizes the theme of his book: the country is going through a social crisis, which is the result of a weakening of our institutions at all levels.

Our politics are polarized and bitterly divided, cultural wars are fought on campuses, in the media and on social media, and invade all areas of our life. Many workers have lost their jobs to globalization and automation and have seen their income stagnate or decline, while college educated workers have capitalized on these global trends. For too many Americans this has led to despair and opioid use. There is a sense that the country is in decline and that our institutions have shown themselves incapable of addressing the serious problems facing the nation. This is evident in the historically low levels of approval garnered by many of these institutions (the executive and legislative branches of government, the media, even courts and universities). This has led to populist anger from both the Left and the Right against institutions and against the elites at the command posts of our society. The Left succumbs to the temptation of revolutionizing our political and economic system; on the Right, one hears the metaphor of “draining the swamp”. This rise of populism is not just an American phenomenon, it has manifested itself in European countries as well, leading in the most extreme case to Brexit.

In search of the deepest causes of our social crisis, the author finds that it is not the result of the oppressive presence, but rather of the absence of the forces that unite us as a country. These forces used to emanate from strong institutions, which formed their members to act as faithful servants of the country and of society as a whole. But we now have weak institutions, which are all too often used by their members as platforms for self-promotion. The prescription for our ills therefore is not to demolish our institutions, but to reform them and rebuild their strength. This is “a time to build”.

You are invited to what should be an interesting discussion at our HBS Alumni Book Club’s (virtual) meeting of May 28 from 12:30PM to 2:30PM.

Zoom Meeting(Information to be sent to Registrants)
,
View Map