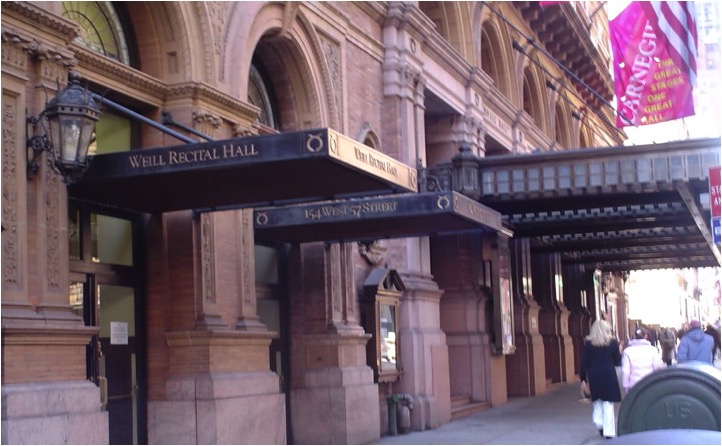 Yumi Okazaki and Alexander Hobbs, whose performance at Kioi Hall, Tokyo in June 2018 received critical acclaim, will present a Beethoven program at Carnegie Hall. Performing together since 2011, Yumi and Alexander will present Piano Sonata “Appasionata” and Violin Sonata “Kreutzer,” requiring elegant expression and technique reflecting the beauty of the pieces. We hope you enjoy this memorable concert by Yumi, who has long enchanted audiences with her exquisite performances, and Alexander, a blooming star. 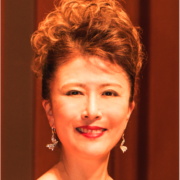 Yumi Okazaki started dedicated piano studies under the direction of Sakae Hatori at the age of 13. She studied at Tokyo University of Arts with Professor Emeritus Yasuko Tani, earning Bachelor of Music and Master of Music degrees in piano.

In 1983, the Hungarian government awarded Yumi a scholarship with high distinction for studying at the Liszt Ferenc Academy of Music in Budapest, where she studied under Kornel Zempleni and Sandor Falvay, as well as Zoltan Kocsis, Oxana Jablonskaja, and George Sebők in master classes.

Upon returning to Japan, Yumi embarked on a series of nationwide solo piano recitals and concerts with prestigious orchestras such as the Tokyo Philharmonic, the Nagoya Philharmonic, and the Kyushu Philharmonic, enthralling audiences with her subtle yet powerful musical expression.

In 1986, Yumi won first place in the piano division at the 5th Annual Music Competition in Iizuka, sponsored by the Asahi Shimbun Company, also winning the Grand Prix and the Minister’s Award from Japan’s Ministry of Education.

In 1989, Yumi released her debut CD from King Records, and her follow-up CD from Sony Records. With her elegant performance style, Yumi has been in demand at European couture houses for shows and events, as well as special events in other industries. Yumi has also displayed her talent as an announcer for many Japanese network TV and radio stations such as TV Asahi, NHK E-TV, NHK-BS2, Radio Nippon, and TV Tokyo, which cover travel, fashion and music.

In 2003, Yumi signed with Sony Music Artists, and in 2004 her popularity grew with her unique concerts for preschool children and expectant mothers entitled, ‘Wakodo Presents: Yumi Okazaki’s Family Concert.’ She also published a book accompanied with a CD, ‘Listening to Classical Music Fosters Healthy Children’ (Kurashikku wo kiku to yoi ko ga sodatsu), and launched a series of classical music concerts to provide a positive influence on raising healthy children.

Yumi has expanded her repertoire beyond classical music by collaborating with a popular Japanese vocalist, Miki Asakura, with whom Yumi has performed at dinner shows and luxury cruise parties.

In 2007 she studied modern and jazz music and composition in the United States, and upon her return to Japan in 2009, she held a recital at Kioi Hall with the program including the vocal and jazz piano pieces. In 2011, Yumi performed at the ‘Save Japan’ concerts in Istanbul and Tokyo, as well as a special concert with the Kurashiki Orchestra commemorating the 10th anniversary of Kaheita Okazaki Memorial Hall, named in honor of Yumi’s grandfather.
In 2013, Yumi performed at a charity concert for ‘Sailors for the Sea,’ an international non-profit organization under the leadership of David Rockefeller Jr. Later that year, Yumi performed at Kioi Hall in another solo recital, lauded by critics as having a ‘delicate power of expression.’ In 2014, under sponsorship of the Sailors for the Sea, she held a recital at JT Art Hall Affinis featuring musical pieces on the sea. She also had solo recitals from 2014 to 2016 at JT Art Hall Affinis. Yumi organized the first Design K International Piano Competition in 2014 and has served as a member of the jury.

Since 2016 Yumi has performed at “Yumi Okazaki Music Time Line” with Tokyo Universal Philharmonic Orchestra in junior & senior high schools all over Japan. In the fall of 2017, she played in Kibi Central Music Festival. In the summer of 2018, Yumi performed at the 120th Anniversary of Kaheita Okazaki’s Birth and the 40th Anniversary of the Japan-China Treaty of Peace and Friendship.

Yumi is a committee member of the Sony Foundation of Education, a member of the Japan Federation of Musicians and the Piano Teachers’ National Association of Japan, and an advisor for the Kids Earth Foundation. 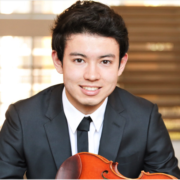 Alexander Hobbs was born in Tokyo, Japan in 1997. At the age of three, he enrolled in the Toho School of Music for children, where he commenced formal violin studies at the age of five under the tutelage of Asako Iwasawa.

A few years later at the age of eleven, Alexander was selected as concertmaster for a performance of the Tokyo Philharmonic Family Orchestra, under the direction of conductor Myung-Whun Chung. The following year, Alexander was chosen to perform at the Teatro Olimpico in Vicenza, Italy, as part of the World Heritage Festival. In 2011, he was awarded Second Prize at the Nationals, Student Music Concours of Japan. During the 2012 season, Alexander appeared as soloist with the Japan Classical Orchestra and the following season with the NHK Philharmonic Orchestra Ensemble. Alexander has also appeared as soloist with the Japan String Teachers Association Orchestra.

At the age of sixteen, Alexander was awarded Second Prize, the highest award given, at the Osaka International Competition. Alexander has also attended the Aspen Music Festival several times beginning in 2012. In 2017, in Los Angeles, Alexander earned the chair as Assistant Concertmaster for the Debut Chamber Orchestra of Young Musicians Foundations. In summer 2018, Alexander was selected as a member of the Orchestra of the Americas for their European tour, playing in renowned halls in Kiev, Odessa, Hamburg and Edinburgh. Alexander has participated in master classes with several renowned artists and pedagogues, including Andras Keller, Zakhar Bron, Leon Spierer and Augustin Dumay. His performances in Japan include those at Kioi Hall, Tokyo Opera City Concert Hall and Suntory Hall.

Alexander is a third-year undergraduate student at Colburn Conservatory of Music in Los Angeles, where he studies under Robert Lipsett, who holds the Jascha Heifetz Distinguished Chair at the institution.