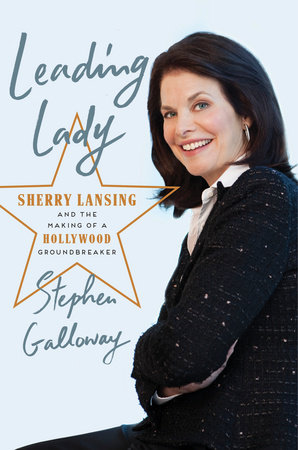 Over the course of four decades in Hollywood, Sherry Lansing was a firsthand witness to some of the most acclaimed films ever made. As the head of Paramount Pictures from 1992 to 2005, she was responsible for greenlighting Forrest Gump, Braveheart and Titanic – all of which won the Best Picture Academy Award.

Lansing began her career in the late 1960s with ambitions of becoming an actress. She became a script reader at MGM, which led to a fast-track on a producing career that later led her to assume the top position at 20th Century Fox in 1984 becoming the first woman to run a major studio. In 1992, she became chairman at Paramount where she saw her greatest success.

Lansing will join the HBS Club of NY in an exclusive conversation to discuss a wide range of topics, including her incredible career, the state of the movie business, leadership lessons and women in Hollywood. Join us for this exciting program.

Please note no refunds will be issued. 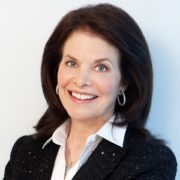 During almost 30 years in the motion picture business, Sherry Lansing was involved in the production, marketing, and distribution of more than 200 films, including Academy Award winners Forrest Gump (1994), Braveheart (1995), and Titanic (1997). Throughout her film career, Lansing earned a reputation as a trailblazer, a visionary leader, and a creative filmmaker. In 1980, she became the first woman to head a major film studio when she was appointed President of 20th Century Fox. Later, as an independent producer, Lansing was responsible for such successful films as Fatal Attraction, The Accused, School Ties, Indecent Proposal, and Black Rain. Returning to the executive ranks in 1992, she was named Chairman and CEO of Paramount Pictures and began an unprecedented tenure that lasted more than 12 years (1992 – 2005), during which the studio enjoyed enormous creative and financial success.

The Sherry Lansing Foundation (SLF), a nonprofit organization dedicated to cancer research, health, public education, and encore career opportunities, was formed in 2005. Among the SLF’s initiatives is the EnCorps STEM Teachers Program, founded by Lansing to transition corporate professionals and military veterans into top quality California public school math and science teachers. Lansing is also a co-founder of the Stand Up To Cancer initiative, which funds collaborative, multi-institutional cancer research

William D. Cohan, a former senior Wall Street M&A investment banker for 17 years at Lazard FrÃ¨res & Co., Merrill Lynch and JP Morgan Chase, is the New York Times bestselling author of three non-fiction narratives about Wall Street: Money and Power: How Goldman Sachs Came to Rule the World; House of Cards: A Tale of Hubris and Wretched Excess on Wall Street; and, The Last Tycoons: The Secret History of Lazard FrÃ¨res & Co., the winner of the 2007 FT/Goldman Sachs Business Book of the Year Award. His book, The Price of Silence, about the Duke lacrosse scandal was published in April 2014 and was also a New York Times bestseller. His new book, Why Wall Street Matters, was published by Random House in February 2017. He is completing the writing of Five Friends, a book about what happened to five friends of his from high school to be published by Flatiron Press, a division of Macmillan Publishers.

He is a special correspondent at Vanity Fair and a columnist for the DealBook section of the New York Times. He also writes for The Financial Times, The New York Times, Bloomberg BusinessWeek, The Atlantic, The Nation, Fortune, and Politico. He previously wrote a bi-weekly opinion column for The New York Times and an opinion column for BloombergView. He is a non-staff, on-air contributor to CNBC and also appears regularly on CNN, on MSNBC and the BBC-TV. He has also appeared three times as a guest on the Daily Show, with Jon Stewart, The NewsHour, The Charlie Rose Show, The Tavis Smiley Show, and CBS This Morning as well as on numerous NPR, BBC and Bloomberg radio programs. He was formerly a contributing editor for Bloomberg TV.